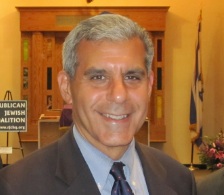 Senator Kyrillos says during his time in office, he has focused on important school reforms such as the Opportunity Scholarship Act, as well as on traditional marriage and “to bring New Jersey back generally.”

“That’s of course what we have to do in Washington D.C.”, Kyrillos says.

Kyrillos was endorsed by the Lakewood Republican Club in February.

Primary Elections are tomorrow, June 5. Polls are open from 6AM-8PM.