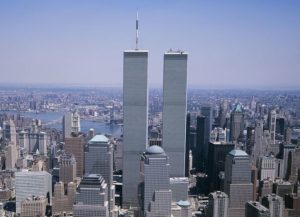 In a Monday morning Rose Garden ceremony, President Trump signed the long-awaited 9/11 Victims Compensation Fund bill which will make medical reimbursement payments to 9/11 first responders permanent. He was joined by hundreds of first responders and their families who fought for over 15 years to get the legislation passed. The bill was finally passed in the House on July 12th, and cleared the Senate just last week.

The debate over the bill became a topic of national conversation after comedian Jon Stewart delivered an impassioned speech to lawmakers urging them to pass the legislation. Prior to the bill’s passing, the compensation fund had been very low on cash, with reimbursements being cut down by almost half.

Firefighters, police, EMS and other emergency workers were exposed to toxic fumes when they responded to Ground Zero during the September 11th attacks and it’s aftermath. Each year, dozens of those responders die from respiratory illness and other medical issues caused by those inhaled fumes. The number of first responders applying for compensation is expected to exceed 22,000 this year.

President Trump thanked the emergency responders for the work they did at the site of the worst attack on America, and applauded their continued efforts to get legislation providing compensation passed.