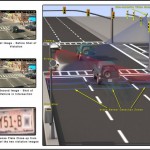 While a majority of motorists support the use of red light cameras to catch drivers who run through red lights, support continues to decline as more people have been caught with the cameras.

According to a AAA survey of 1,000 New Jersey motorists, 56% of those polled support the use of red-light running cameras. However, support for the cameras, which have become controversial in many towns, has decreased as more towns have begun to use them. In 2007, before cameras were allowed to be used in New Jersey, 77% of those surveyed supported the cameras. In 2011, when the pilot program was being implemented, support had decreased to 61%. Now, during the final year of the five year pilot program we are seeing a 21% drop in support from when the question was first asked.

Nonetheless, while support has declined, a majority still believe that the cameras are a valuable traffic safety tool. “No one likes getting a ticket, especially not from an anonymous camera. But when implemented correctly these cameras can change behavior and make our roadways safer. Despite recent media reports to the contrary, a majority of motorists still believe this,” said Tracy Noble, spokesperson for AAA Mid-Atlantic.

Some of the change in attitude towards the cameras may be attributed to their increased usage, as people who have been caught by a red light camera are more likely to view them as a revenue generating tool.

AAA continues to believe that when properly installed and operated, red light cameras can offer certain benefits in reducing crashes at intersections, this issue underscores our long-held position that such programs must have adequate oversight and be focused solely on their being operated for traffic safety purposes and not on maximizing their revenue potential.

About the poll: This is an analysis of a telephone survey conducted among 1,000 New Jersey motorists in November, 2013. The margin of error for this survey is +/- 3.1% at the 95% confidence interval. [TLS]