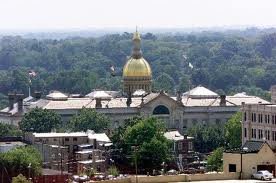 Neither Trenton nor Washington is clicking on all cylinders but the federal government scores slightly worse, according to the New Jersey public in a new Monmouth University Poll released today.

Just under half of Garden State residents see politics as a “dirty business” – a view that has increased over the past 15 years.

However, a majority feel they can personally make a difference in solving problems in their local communities and half report having done so.

A little more than one-third (36%) of New Jerseyans rate the quality of their state government as either excellent or good while only 19% say the same about the federal government.

When asked to compare the two levels directly, 29% say the government in Trenton is better run and 9% say Washington works better, while the majority (57%) say the two governments are run about the same.

Republicans are less likely to name either level (24% Trenton and 6% Washington), with the vast majority (68%) saying they are about the same.

The views of independents are nearly identical to Republicans. However, it should also be noted that the New Jersey government rating, while low, is better than it was a decade ago (24% in 2010).

“A pox on both your houses say New Jerseyans. It may never be possible to get a majority of the public to view government in a positive light in this day and age. But it may be some comfort to Trenton officials that at least some New Jerseyans think they are doing a better job than the folks in Washington,” Patrick Murray, director of the independent Monmouth University Polling Institute, said in a statement.

New Jerseyans are also divided on whether getting involved in politics and government is “a dirty business” (44%) or “an honorable thing to do” (44%).

The number of residents who say politics is dirty has climbed over the past 15 years (32% in 2008). Republicans (52%) and independents (52%) are more likely than Democrats (33%) to have a negative image of politics.

A majority of New Jerseyans (55%) feel they personally can make at least some difference to solve problems in their communities, which is somewhat higher than in a 2010 poll (45%).

One in five (20%) New Jersey adults report working either alone or with a group to solve a problem in their community in the past 12 months. Another 31% say they worked on a community problem more than a year ago.

While the proportion of New Jerseyans who have worked on a community problem over the most recent year has been fairly stable since 2008, those who report doing so at any time has increased.

The Monmouth University Poll was conducted from January 5-9 with a sample of 809 New Jersey adults and a margin of error of +/- 4.7%.