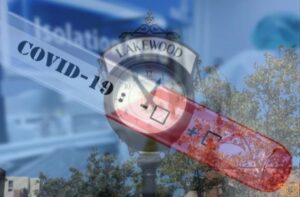 A man in Lakewood was charged after police say he faked having the coronavirus when a store-owner refused to sell him cigarettes.

At approximately 12:15pm Wednesday, officers responded to the Pine Cone Liquor Store after receiving a report that an unidentified male was coughing and stated that he had the coronavirus, and then left the area on foot.

“While in route, Officer Stephen Kowaleski located the man, identified as 25-year-old Juan Gomez Sanchez of Lakewood, walking down Clifton Avenue,” police said. “After initially offering medical attention to him, further investigation revealed that Mr. Sanchez was not ill and was only acting that way because an employee refused to sell him cigarettes.”

Juan Gomez Sanchez was issued a criminal complaint for a disorderly conduct. He is expected to be in court next month.