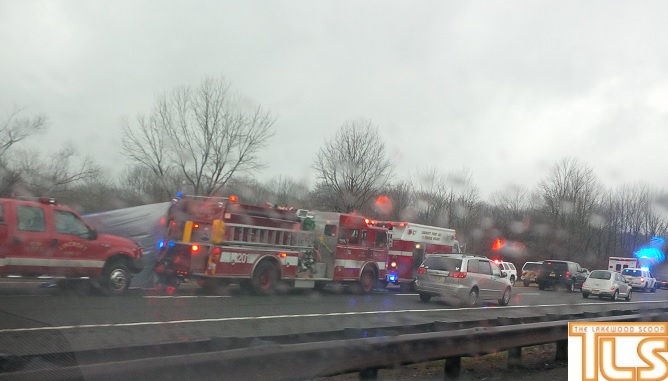 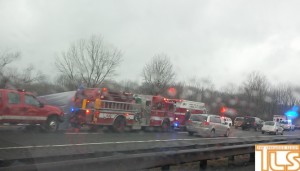 PHOTOS: Authorities are investigating a fatal accident which occurred on the Garden State Parkway during the morning rush hour traffic, NJSP confirms to TLS.

The single-vehicle crash occurred at about 5:44 am. at mile marker 112.5 in the Northbound express lanes.

Trooper Jeff Flynn tells TLS a driver in an Acura went off the Parkway into the center median, where the vehicle struck a tree. 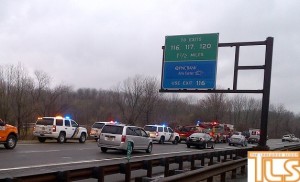 The driver needed to be extricated from the vehicle, and was pronounced dead at the scene at 9:01 a.m., Flynn says.

Traffic was at a standstill for several miles, as the express lanes were shut.

The express lanes were reopened about 9 a.m., but traffic remains heavy as of 9:30 a.m.

(The incident was initially reported on our News Alerts. @lakewoodscoop)