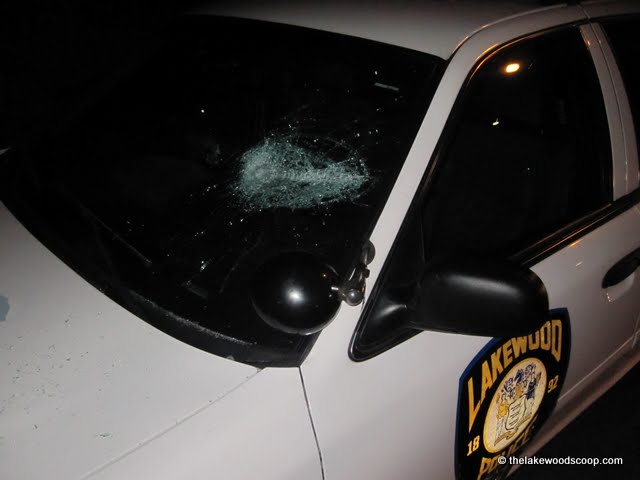 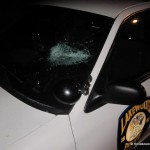 PHOTOS: A Police patrol decoy car used to try and deter crime in several areas around town, didn’t quite work in one particular neighborhood. At about 12:30 AM this morning, police received a call that one of their decoy cars parked on Pearl Street was vandalized.

Multiple officers responded and found the driver’s side of the windshield smashed in.

Police say a bat was apparently used in the vandalism.

In an interesting twist, while police took the report, a man passed by holding an aluminum baseball bat. Police detained and questioned the man but released him after several minutes.

The decoy was taken away by police. TLS-CCP.