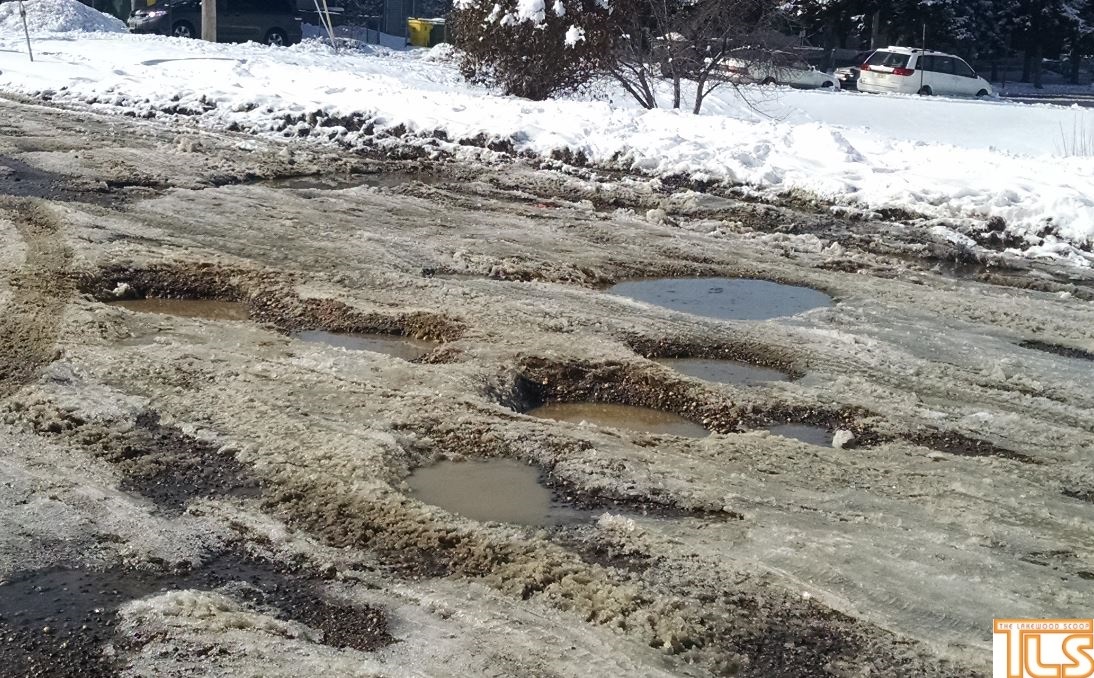 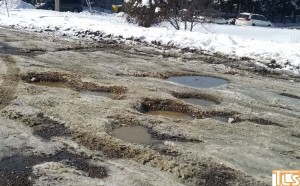 Missing your vehicle? Check the holes in the roads. That’s how pathetic the jokes are around town these days. No, the drivers in Lakewood for the most part are not drunk. They’re simply trying to navigate through the crater-ridden roads – without falling in.

Here’s another comment by one of our readers. “Drivers should be careful not to hit any kids that might be stuck inside one of the many potholes in town. Rumor has it that the IDF is being called in to destroy these tunnels.”

But all jokes aside, when potholes actually becomes a topic of conversation, you know it’s real bad.

According to reports from our readers, as well as from police and other officials, there are literally hundreds of pothole-turned-craters around town, some so bad that roads needed to be shut. 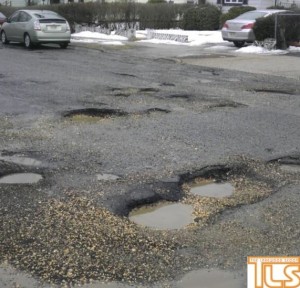 Last week, police shut South Clifton Avenue southbound due to the deep potholes, and on Friday police shut 6th Street between Clifton and Lexington avenues due to potholes.

“The DPW is dealing with much bigger and better stuff apparently, since the road has been closed for almost 24 hours already and not a singe truck or crew have been spotted yet to even assess the situation,” a frustrated 6th Street resident told TLS. “The road closure only occurred after residents placed countless phone calls to LPD that dozens of vehicles had to be pulled out on Purim due to the severity of the holes.”

Last night, a vehicle had to be towed after being severely damaged by deep potholes.

This morning, TLS reached out to Mayor Akerman for answers.

The Mayor told TLS that he, along with the other Committeemen, has scheduled an emergency meeting with DPW tomorrow to tackle this issue.

“We want them to know that no costs will be spared to fix the potholes,” the Mayor told TLS.

The Mayor also asked that motorists call in potholes to the DPW to ensure it’s placed on the list.