PHOTOS & VIDEOS: Over 1,000 Gather at Statehouse to Protest Stricter Gun Laws in NJ 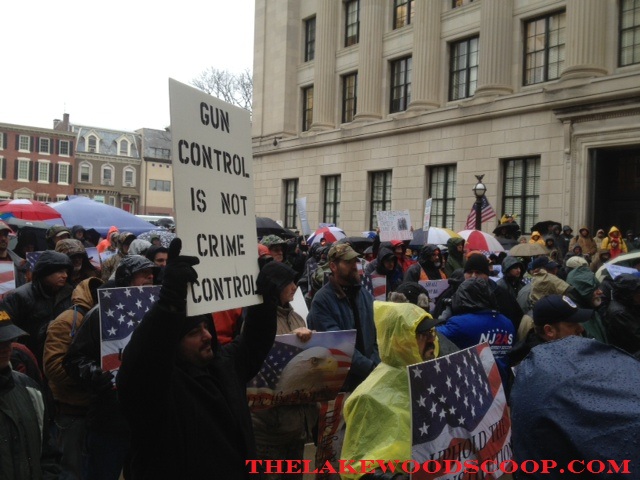 PHOTOS & VIDEOS [BELOW]: Over 1,000 gun-rights activists gathered at the Trenton Statehouse Friday morning to protest further control on firearms in New Jersey.Among the protesters, were many Orthodox – including some from Lakewood.

“It’s a warning protest that we gun owners will not give one inch”, a rally attendee told TLS. “The 2nd amendment was not put there to protect hunting and sports shooting, it was put there to protect the people from a government gone out of control. And what comes out of that, is Nazi Germany.”

However, it seems the protest, sponsored by NJ2AS, didn’t do much for them, as an Assembly Panel announced the same day that will be introducing additional and stricter gun laws to reduce violence.

Governor Christie was invited to the rally, but did not attend.