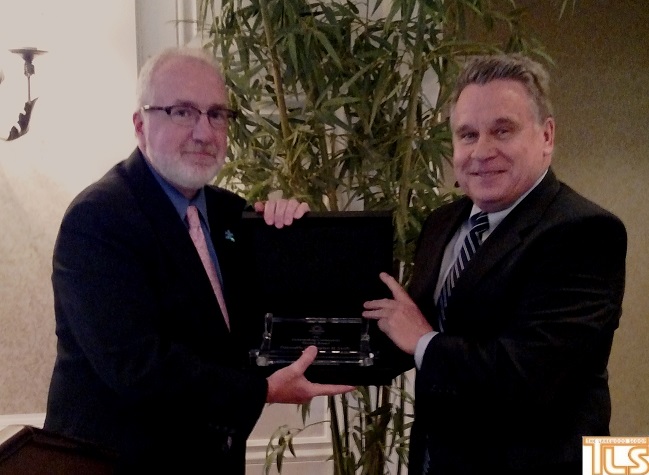 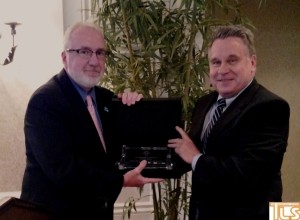 Congressman Chris Smith (NJ-04) was a guest speaker and award recipient of the 2015 Outstanding Community Service Award at the Monmouth Ocean Foundation for Children’s “A Gala for Children with Autism” this weekend.

The award was presented by Chris Rooney, Trustee of the Monmouth Ocean Foundation for Children, who cited Smith’s longtime advocacy on autism issues, including three autism bills that have been enacted into law.

“Congressman Smith, you have been a man of action since the early 1980s in the House of Representatives,” Rooney said. “You have chosen to speak on subjects that others are silent on. On behalf of the student’s, families, educators that our foundation represents, thank you. It is my honor to present Congressman Christopher H. Smith the Monmouth – Ocean Foundation for Children 2015 Outstanding Community Service Award.”

The Congressman was first involved with autism in 1998, when a Brick Township, N.J. couple who had two children with autism approached him with fears that an autism cluster existed in their community. The meeting led Smith to request that the federal government conduct an investigation into a possible autism cluster in Brick. The investigation, one of the first federal studies on autism, not only showed higher rates of autism in Brick but also demonstrated that rate was not an isolated case, but a window to a nationwide phenomenon. That couple, Billy and Bobbie Gallagher, accompanied Smith at the gala.

“I am very grateful to be here today as the recipient of the Monmouth Ocean Outstanding Community Service Award,” said Smith, a longtime advocate for families dealing with autism. “I am humbled to receive this award from a group whose members perform such outstanding community service everyday—both to our local community in general and the autism community specifically.” Click here to read Smith’s remarks at the April 24 event benefiting the Shore Center for Students with Autism.

He then authored and shepherded into law the landmark 2000 Autism Statistics, Surveillance, Research and Epidemiology Act (Title I of the Children’s Health Act, PL 106-310). He also authored two other autism laws—the 2011 Combating Autism Reauthorization Act, (Public Law 112-32), and the 2014 Autism CARES Act (PL 113-157)—which combine to build on and expand the critical research, services and supports for families impacted by ASD.

Smith is now working to bring the lessons learned in the U.S. to the global stage—where studies in Asia, Europe, and North America indicate that an average of about one percent of the population has Autism Spectrum Disorder (ASD). Smith has chaired two hearings on the global impact of autism, and in the 113th Congress, he introduced HR 4631–the Autism Collaboration, Accountability, Research, Education, and Support Act, and H.R.3054–the Global Autism Assistance Act. The latter bill is now part of HR 1468–the Global Brain Health Act of 2015, introduced in the current 114th Congress.

Smith’s most recent law in 2014 authorized $1.3 billion over five years, including $22 million for the Developmental Disabilities Surveillance and Research Program; $48 million for Autism Education, Early Detection, and Intervention, and; $190 million for hundreds of Research Grants at the National Institutes of Health (NIH), and for the Interagency Autism Coordinating Committee.