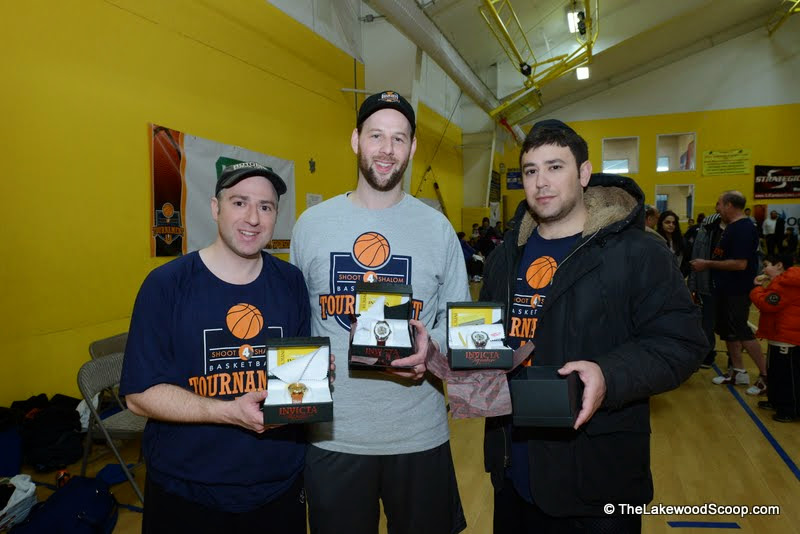 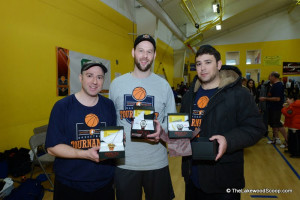 The atmosphere was electric as 32 teams from around the Tri-State Area competed in Shoot4Shalom,a basketball tournament to benefit Shalom Torah Academy. Teams hailed from Lakewood, Brooklyn, Passaic, Princeton, Manhattan, and West Hempstead, all joining together in their passion for basketball and Jewish education.

The day started with a VIP breakfast for the top fundraising teams with tournament coach and former NBA champion, Bill Cartwright. Team Dombroff and Team Newport Management enjoyed an exquisite cuisine while listening to Coach Cartwright’s tales from his championship days in the NBA

Then, after all the participants received their complimentary Shoot4Shalom jerseys and gift bags, Coach Cartwright gave a skills clinic to all the players trying to impart to them some of the skills that he had learned during his years as the starting center on the New York Knicks and Chicago Bulls. After the skills clinic was over, the real fun began.

All 32 teams were divided into 4 divisions of 8. Then each team would play a ten minute game within their division while the other teams watched on waiting for their chance. In the end, each team played 4 games, with the best teams from each division moving onto the playoff round.

The excitement was contagious as fans, Shalom Alumni, Shalom students, and parents filled the Monroe Sports Center to capacity, cheering on their favorite teams and waving their Shoot4Shalom poms poms with pride. All spectators and players were treated to an open sports bar that featured wraps, salads, and pastries, including a custom smoothie bar, where over 600 smoothies were made.

The competition was intense. One player remarked that he felt like he was a kid in camp again. The games went down to the wire and the only two that remained standing were Team Muller, from Lakewood and Team Talpion from Manhattan. But before a champion could be crowned, there was more fun to be had, as all the teams competed in a 3 point contest, where each team had two minutes to score as many three point baskets as they could. The shots were flying at a record pace, and in the end, Team Brenner, led by Yanky Brenner, won the three point contest going away.

The championship was well played, but Team Talpion was too strong and they emerged victorious with a 15 to 5 victory over Team Muller. The sportsmanship was amazing, as each player from Team Muller congratulated the victors with smiles and handshakes. Team Talpion received their trophies from Shalom Chairman, Leon Goldenberg and raised them proudly for everyone to see.

After the champions were crowned, all the teams were invited to a buffet dinner catered by Richter Caterers. The food was mouth watering and the smiles and happy faces lit up the room. The games were great, but the Shoot4Shalom experience was even greater.

The Shoot4Shalom tournament was the brainchild of Rabbi Yisroel Mayer Merkin, eighth grade Rebbie and the school’s Director of Community Relations, and a sports enthusiast. Through his exposure to basketball and competitive sports, he saw what motivated fans and players alike, what “fed” competition, and what brought camaraderie. Rabbi Merkin saw that sports could be leveraged within diverse Jewish communities to unite enjoyment of athletics with the desire to benefit a worthy cause. While other organizations have an affiliated sport – running, biking, jump roping – basketball was Merkin’s chosen sport because it united players and built team loyalty and sportsmanship. He foresaw that companies could field teams trying to increase team building and unity amongst the workforce. That families and friends could create teams as a means to connect and have a great time. And great time was had by all!!

Not be lost in all the fun was the real purpose of the tournament, to raise money and awareness for Shalom Torah Academy. Many of the participants were initially unaware of the vital work that Shalom does on a daily basis, providing a foundation of Torah and Jewish values to children and families from non observant homes. These players were able to experience firsthand the wondrous miracles that Shalom creates as they spent the day interacting with Shalom alumni, current students, and parents connecting and embracing with the vision of Shalom.

As for the fundraising, the tournament was a resounding success. Through the donations solicited by the Teams and through the sponsors that partnered with the event, in its inaugural year, Shoot4Shalom was able to raise over $150,000!

With the success of this year’s tournament, Rabbi Merkin hopes to build for the future and to make Shoot4Shalom even better next year. After experiencing this year’s amazing event, I can hardly wait. See you in 2016!

Shalom Torah Academy provides an outstanding academic and Jewish education to Jewish children of diverse backgrounds, and provides most of its students with their only Jewish exposure to Judaism. Please contact Yisroel Mayer Merkin at 240-723-2653 if you would like to join the tournament in 2016, or make a donation.