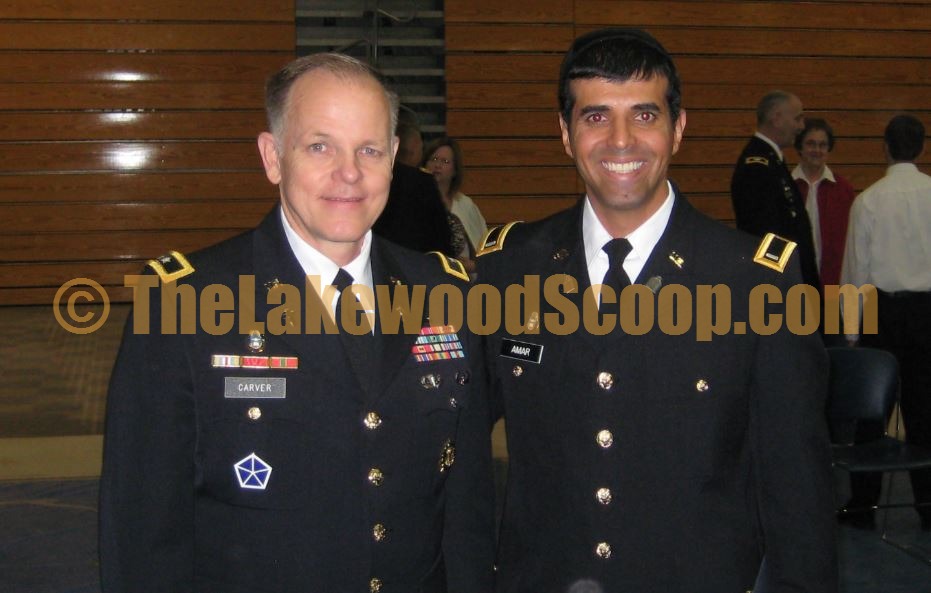 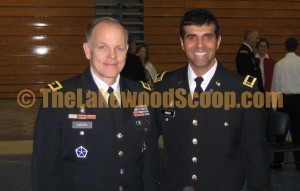 PHOTOS: Rabbi Chaplain Captain Raziel Amar, of the United States Army and endorsee of the Yeshivah Pirchei Shoshanim, was awarded last night a medal by the Secretary of the Army for saving the lives of seven suicidal soldiers, Rabbi Fishel Todd, the coordinator of Chaplain Activities for Yeshiva Pirchei Shoshanim tells TLS.

Chaplain Amar, while assigned to HHC, 1ST Battalion, 35th Armored Regiment, 2d Brigade Combat Team, used his skills which played a vital role in the effort to save the lives of Seven Suicidal Soldiers. In recognition, Chaplain Amar was given an Army Commendation Medal by his Commander the Honorable Colonel Thomas Dorame Commander at Fort Bliss, Texas, where Rabbi Amar is currently stationed.

“His expertise reflects great credit upon himself, the 1st Battalion, 35th Armored Regiment, the 2nd Brigade Combat team and the United States Army,” read the proclamation.

“Today, on the average there is a suicide every 25 hours somewhere in the Military,” says Rabbi Todd, who is an endorser of Chaplains to the United States Military. “The army recently issued a report that the majority of suicides are not from those who have been in active duty combat. In addition there is also an average of 22 veterans a day that commit suicide as well.”

Rabbi Todd added, “each suicide costs the Government literally hundreds of thousands of dollars, let alone the fallout that occurs in their immediate circle of family and friends.”

Rabbi Amar received his Semicha (ordination) from Yeshiva Pirchei Shoshanim. His family resides in New York, yet with their total backing they allow him to serve the Country and those that seek to protect it.

“We are expecting to hear a lot more from the Chaplain as he coaches others in dealing with this very delicate area.” 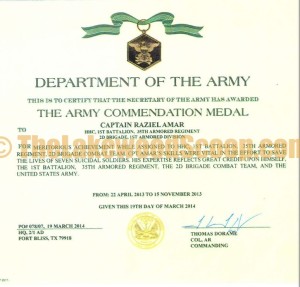 Yeshiva Pirchei Shoshanim has Chaplains deployed throughout every branch of the United States Military, both domestically and around the world. Their Chaplains during Pesach hosted many hundreds of Jewish Soldiers, Sailors, Marines and Airmen around the globe for the Sedorim – from Korea to North Carolina and anywhere in between. [TLS]