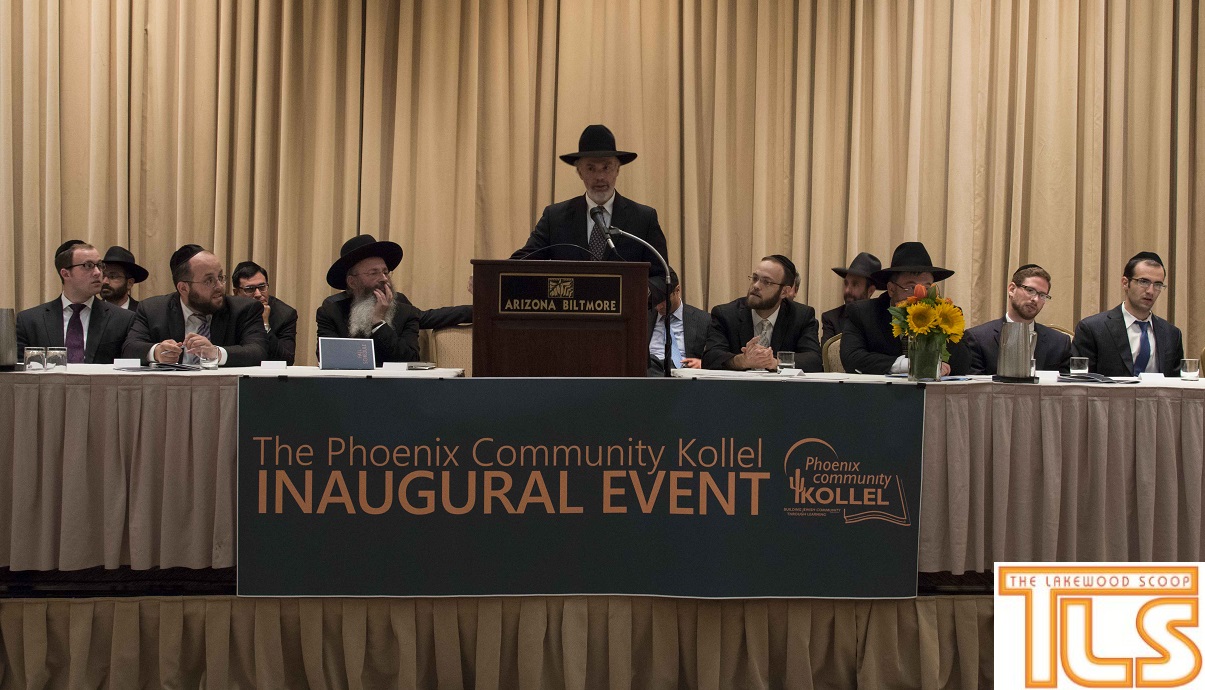 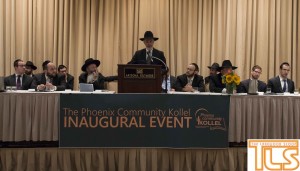 The Phoenix Community Kollels held its Inaugural Event on September 15th at the Arizona Biltmore Hotel. Over 250 people came to welcome the four new Kollel families who have joined the Kollel and to be part of this monumental event as the community ushers in a new era of growth in Torah in Arizona.

The Phoenix Community Kollel was founded in the year 2000 by Rabbi Tzvi Holland. The Kollel and Kollel alumni have made a strong impact on the Greater Phoenix Jewish community. 73% of the Rabbis that joined the Kollel settled here. Kollel alumni have started six major institutions in town: Ahavas Torah congregation in Scottsdale, the Bucharian Jewish center, JAC (Jewish Arizonans on Campus), Ohr HaTorah congregation, Shearim High School for Girls, and the Yeshiva High School of Arizona.

In December 2013, Rabbi Don Bacharach moved to the Valley and became its Rosh Kollel. The Kollel now ushers in a new era of growth and success for the Jewish community of the Greater Phoenix with the hiring of the four new Kollel families in addition to the eight members already on staff. 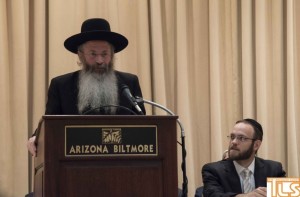 The Kollel benefits from having a close relationship with Beis Medrash Gevohah (BMG) and was honored to be visited by Rav Malkiel Kotler, Rosh Yeshiva, and Aaron Kotler, President and CEO.

Rav Malkiel Kotler was the keynote speaker at the Inaugural Event. In his address, he shared that the gains that one receives for learning Torah far outweigh the effort put into it. He also explained that the Kollel, a place for an engaging Torah learning experience is in essence, a palace of Hashem.

Aaron Kotler shared that seeing the dedication and support for the Greater Phoenix Community is looking at success – since it demonstrates that that vibrant Torah learning can be found across America. “We came out here, for less than twenty four hours, to see the nachas, to see the success.” They were joined by Rabbi Sroy Levitansky, National Director for community development, and Rabbi Aaron Gruman, Director of Torah Links. In addition, 5 community visionaries and builders from across America flew in special for this event: Yaakov Kaplan, Asher David Milstein, Ali Scharf, Ronnie Wilheim, and Carey R. Wolchok.

David Friedman, President of the Kollel, welcomed everyone to the inaugural event and reflected on the numerous accomplishments of the Kollel since its opening in the year 2000. David proudly shared that “the Kollel’s greatest success has been its ability to attract such great Rabbinic talent…and its greatest source of pride is the achievements and impact of its alumni.”

He pointed out that since its inception the Kollel taught over 6,000 classes, finished 5,000 blat Gemorah, touched over 60,000 Jews in our community, inspired 1000’s to take serious steps in their personal spiritual growth, facilitated 100’s to visit Israel and hosted almost 7,000 Shabbos guests.

Rabbi Dovid Gonsky, Director, encouraged the community to get involved in the myriad of learning opportunities printed in the Fall schedule booklet as well as to invest in the future of the Kollel and the future growth of Torah in the Greater Phoenix Community.

Rabbi Don Bacharach, Rosh Kollel, described the Kollel’s mission “The foundation of the Jewish people has, and always will be, Torah education. Our great ancestors devoted their lives to the dissemination and perpetuation of our Torah. And this is exactly the mission of your kollel.”

The Phoenix Community Kollel touches people over 300 times a week, and over 16, 000 times throughout the course of the year. The Kollel has two sedarim and a nightly open beis medrash learning with community members. The Kollel offers 22 ongoing classes as well as a wide variety of holiday, lecture series, and monthly classes specifically designed to appeal to anyone from any background or skill level. Additionally the kollel is on the cutting edge of Young Professional Programming. The Kollel has a strong outreach hand to connect and reach out to the 100,000 plus Jews in the Valley.

Describing the Kollel Phenomena, Rabbi Bacharach shared, “We in this room are a living testimony of the impact a kollel can make on a community.” He passionately expressed that “The Kollel’s door – and our hearts – are open to the community.”

BMG Rosh 2: Aaron Kotler addressing the crowd of over 250 people at the Inaugural event.