PHOTOS: Our Shabbos in Yerushalayim with Minyan Shelanu 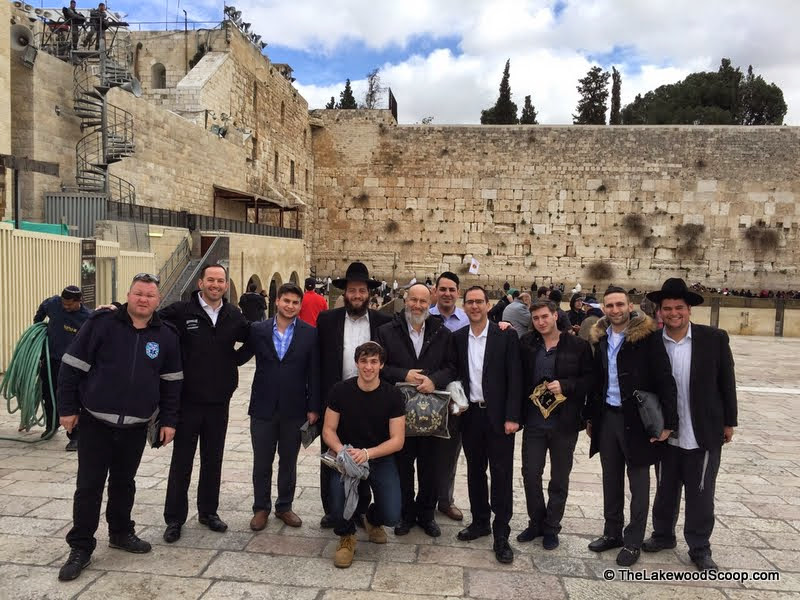 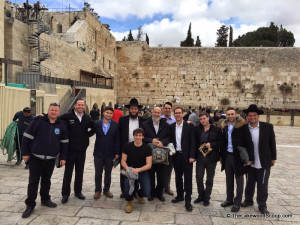 By S.M. A Shabbos in Yerushalayim is a chavaya – an experience not to be missed. The kedusha and radiance of the Shabbos, at the Kosel Friday night, at a rebbe’s tish, or learning in one of the shuls and yeshivos, has an extra flavor to it because it’s happening in the Ir Hakodesh. Something about Yerushalayim tugs at all our hearts, adding an extra dimension to Shabbos and anything Yiddish.

For Rabbi Chaim Abadi, R’ Dovid Burzstyn, R’ Uri Shoshana, along with a contingent of Minyan Shelanu madrichim and boys, who spent Shabbos Parshas Yisro in Yerushalayim, the Shabbos gave the Minyan Shelanu boys learning in Eretz Yisroel an extra dimension. The ability to touch base with their mentors and draw chizuk from an action packed and spiritually uplifting program.

Driving down Lakewood’s Main Street (Rt. 88) between the hours of 9 and 10 pm each night, one will notice parked cars along the storefronts at the corner of Park Ave. The stores may be closed at that hour, but the action is taking place on the second floor. Boys from across Lakewood are gathered in Minyan Shelanu’s Bais Medrash to learn each night with their chavrusos.

These boys may come from the best homes, the best backgrounds and have learned in the best yeshivos, and for a host of reasons – which can be debated for days without a concrete conclusion – find that the Minyan provides the love, understanding and empathy they crave at this critical juncture of their lives. The Minyan offers three daily minyanim, shiurim at night, hot suppers and a game room, with mentors on hand nearly all the time for the boys to speak with as they navigate life’s challenges.

The Minyan has been open for over a decade with many of the older chevra happily married, raising frum families – and some learning full time as yungeleit of Bais Medrash Govoah completely indistinguishable from their peers.

Over the past few years, the Minyan has upgraded its night seder program, creating a more serious learning environment with multiple shiurim on many different tracks to cater to as many boys as possible.

As the boys tasted the sweetness of Torah, allowing its holy words to penetrate their neshamos, many boys have taken the next logical leap by going to learn Eretz Yisroel. The trickle has become a trend, with now, over 40 Minyan boys learning in yeshivos in Eretz Yisroel. Thus the impetus for the Minyan’s Rav, Rabbi Chaim Abadi and the others who traveled to Eretz Yisroel over the weekend of Parshas Yisro to meet and greet the boys and spend time with them. Because although the yeshiva bochurim are not on Main Street, their heart is, as they appreciate how much the Minyan impacted them when they needed it most.

“The excitement among the boys was palpable,” noted Uri. “They developed a certain kesher with us and they relished the opportunity to touch base with us for a few days.”

A spacious Shaarei Chessed apartment was the base for the seudos on Shabbos. The Friday night seudah was the largest with 45 boys converging from all points in Yerushalayaim for a spirited seudah and Oneg Shabbos that followed. They enjoyed meeting their mentors from Lakewood and drawing chizuk from them.

The high points of the trip were undoubtedly visits with Rav Chaim Kanievsky, who took a keen interest in all of the boys and spent time with them, Rav Gamliel Rabinowitz, who asked the boys for kabbalos, which many accepted, and Rav Uri Zohar who told his life story and opened the floor for any questions on the boys’ mind. Simcha Shain, a dear friend of the Minyan and a noted Lakewood Hatzolah member, arranged for the boys to get a tour of Ichud Hatzolah in Yerushalayim and meet its head, Eli Beer.

Some of the boys who came from Lakewood stayed on for a few more days, drawing inspiration from Eretz Yisroel’s kedusha and having it seep into their conscience.

But perhaps the main highlight of the entire trip was what the trip conveyed: We at the Minyan care about you.