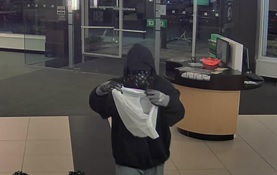 PHOTOS: The Toms River Police Department and Ocean County Sheriff’s department CIU are seeking the public’s help in identifying a man suspected of robbing the TD Bank located at 2338 Route 9. 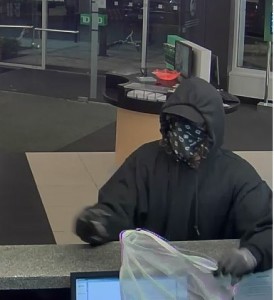 At 7 p.m. yesterday evening,  a male entered the bank and approached the tellers demanding money. An unknown amount of cash was placed in a plastic bag. He exited the banks front doors and fled to the rear of the plaza where he then entered a white 4 door sedan that had a driver waiting for him. The vehicle fled East on Route 70 at a high rate of speed.

The suspect is believed to be a male with dark straggly hair that is slightly on the long side. He had on a black hooded sweatshirt, baseball hat, and wore a black bandana over his face. 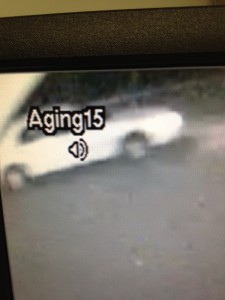