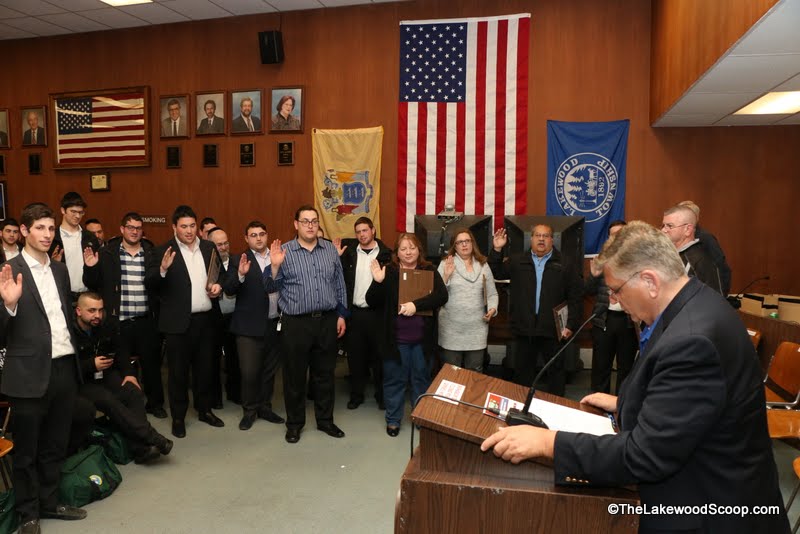 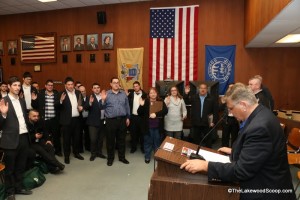 On Monday evening, a graduation ceremony was held in Town Hall to mark the completion of the 6-week long comprehensive C.E.R.T. training course.

34 residents of Lakewood completed the course, bringing the total number of trained C.E.R.T. volunteers in Lakewood to over 120.

C.E.R.T. (Community Emergency Response Team) courses are designed to educate local residents about many aspects of disaster preparedness for numerous situations that may occur. This course trained individuals in basic disaster and emergency response skills in classroom and live exercise settings. The C.ER.T. volunteers were taught how they can assist and work together with local First Responder Units in their community to assist them in their work, especially in times of emergencies.

Amongst the many topics covered and taught during the course by certified C.E.R.T. teachers were: Assisting in evacuations of homes and buildings during emergencies, helping with shelter operations for displaced persons, initial damage assessment, assisting in searches for missing persons, assisting in HAZMAT scene situations, staffing First Aid stations for large events, public support at community events, storm spotting and preparation, and much more useful and potentially lifesaving ways anyone can help First Responders in all types of situations that may occur.

Chief of Police Rob Lawson acted as the graduation’s master of ceremonies. He noted that Lakewood began training C.E.R.T. teams four years ago, but this year was by far the largest graduating class yet.

Senator Robert Singer said, “I can’t stress enough how important this certification means to us in Lakewood…In emergencies we count on volunteers to help us out. You are the heroes of our communities.”

Committeeman Meir Lichtenstein, who serves as the Township Committee’s liaison to the office of emergency services, thanked the New Jersey State Police, Brick EMS and Ocean County Sheriff’s Department for helping with the training.

He stated, “It is so gratifying to see volunteers stepping up on behalf of Lakewood. There are C.E.R.T. teams in many towns in Ocean County, but the numbers we have in Lakewood are far larger than other towns.”

Township Committeeman Mike D‘Elia also noted that volunteerism across the country is down – but in Lakewood volunteerism is up and the number of volunteers continues to rise.

“I’ve said many times that Lakewood has one of the best emergency response set-ups in the state,” he said.

Ocean County Sheriff Mike Mastronardy echoed the sentiment off the previous speakers and thanked the volunteers and organizers for their commitment to the citizens of Lakewood.

The 34 graduates were then each presented with their framed diplomas and Identification card by the CERT Coordinator/Deputy Coordinator of OEM, followed by the oath office administered By Ocean County Sheriff to all the Graduates.