UPDATED: Lakewood Assisting with MCI in Berkeley; Over 200 Nursing Home Residents being Evacuated due to HazMat Situation (PHOTOS) 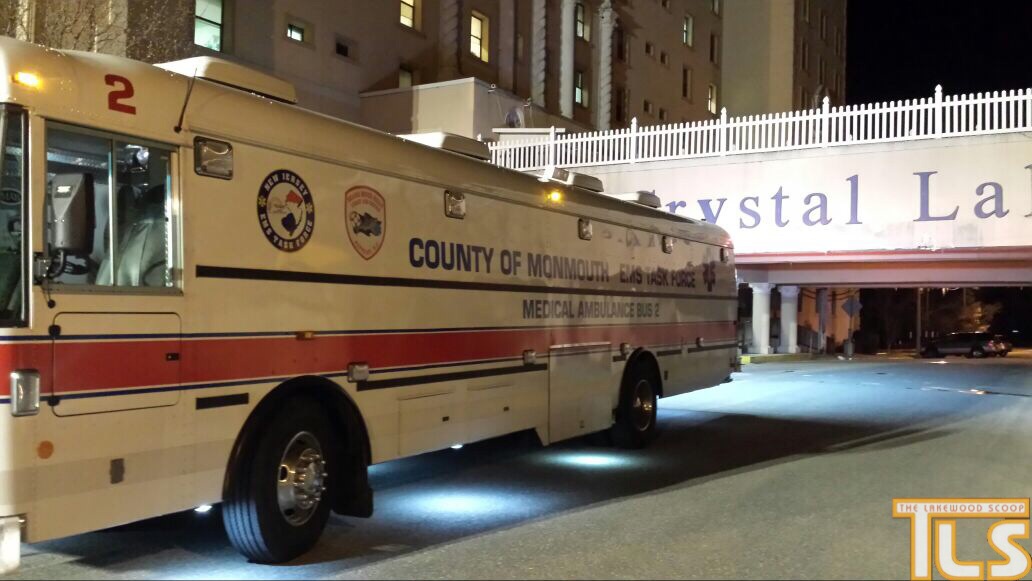 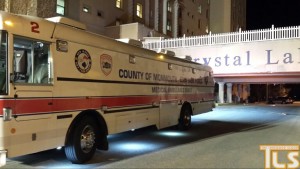 PHOTOS: Dozens of emergency personnel are on scene of a Mass Casualty Incident (MCI) in Berkeley Township this evening, prompted by a HazMat situation.

The events unfolded  shortly before 10 PM at the Crystal Lake facility, where officials say there was a fuel spill that could pose a danger to the facility’s residents.

There are reportedly close to 300 people at the facility being evacuated at this time.

Agencies from Lakewood and multiple other townships in the County, as well as from Monmouth County, are assisting with the evacuation and Triage process.

UPDATE 12:30 AM. Multiple evacuees are being transported to a facility in Lakewood, an official told TLS.