PHOTOS: Kids of Courage takes Nearly 150 Seriously Ill Children on the Adventure of a Lifetime 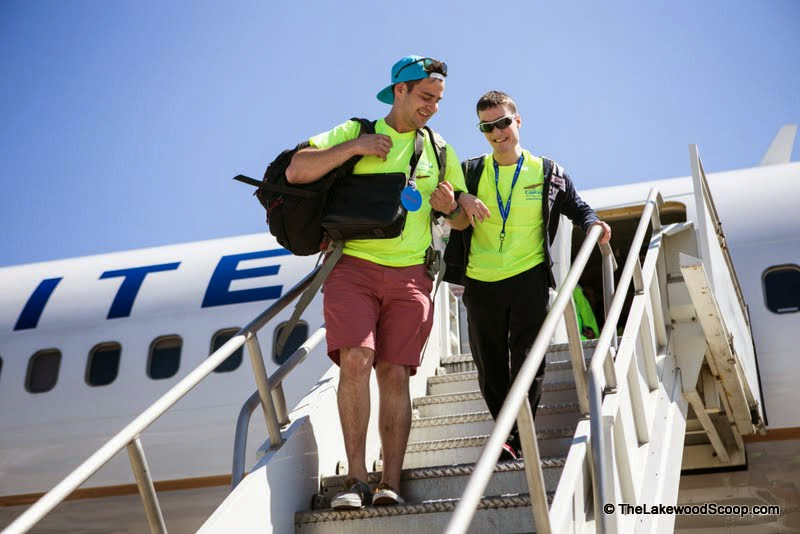 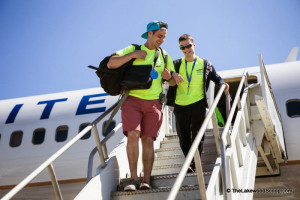 PHOTOS: San Diego, California was awash with neon yellow t-shirts as nearly 500 members of Kids of Courage arrived for its annual nine-day summer adventure in August.

Kids of Courage participants, better knows as “Couragers”, flocked to America’s finest city on nearly 20 different flights from 14 states and 4 countries, including Israel for the very first time. A charter flight from Newark carried more than 30 individuals who required supplemental in-flight oxygen at all times, setting a new world record. The flight has been labeled “a hospital in the sky” by the press.

The organization also arranged for an adaptive water sports day at the gorgeous Ski Beach Park. Even full quadriplegics who rely on ventilation to help them breathe were able to jet ski safely and had the time of their lives.

“It doesn’t matter how serious anybody’s condition might be—everybody was able to participate equally,” said Yossi Farkas, managing director for K.O.C. “We redefine what it means to live with a serious disability or chronic illness. There are no disabilities in Kids of Courage.”

Each camper on the trip was accompanied by at least one counselor. Some campers required two or even three counselors, depending on the severity of their illness.

Kids of Courage brought six doctors, and more than 20 nurses and EMTs. Around 1,200 doses of medications were administered on the road per day, which according to Kids of Courage is more than an average-size children’s hospital. Medical logistics personnel tagged along carrying oxygen tanks and ice-cold water in the parks. Campers and counselors couldn’t walk more than five minutes without bumping into someone in a yellow t-shirt with hydration in hand. “Every detail is covered,” said a counselor. “Wherever we go, the logistics team is right there with wheelchairs and any other supplies we may need.”

How does the group do it?

“Working out the logistics of the trip is a near impossible task,” said K.O.C. co-founder and head paramedic Howie Kafka. “Every year we’re amazed that a group of volunteers from all walks of life come together and pull off what can only be called a miracle.”

Dr. Ditchek adds: “The organization goes as far as its volunteers take it. We rely completely on the generosity of good people.”

The trip to San Diego was the organization’s sixth official summer trip. K.O.C. also runs a winter adaptive ski adventure to Vermont, in addition to approximately 30 days worth of activities throughout the year.

When asked to sum it up, camper Racheli Herzfeld from Teaneck, NJ, offered this: “Kids of Courage makes the impossible possible.”