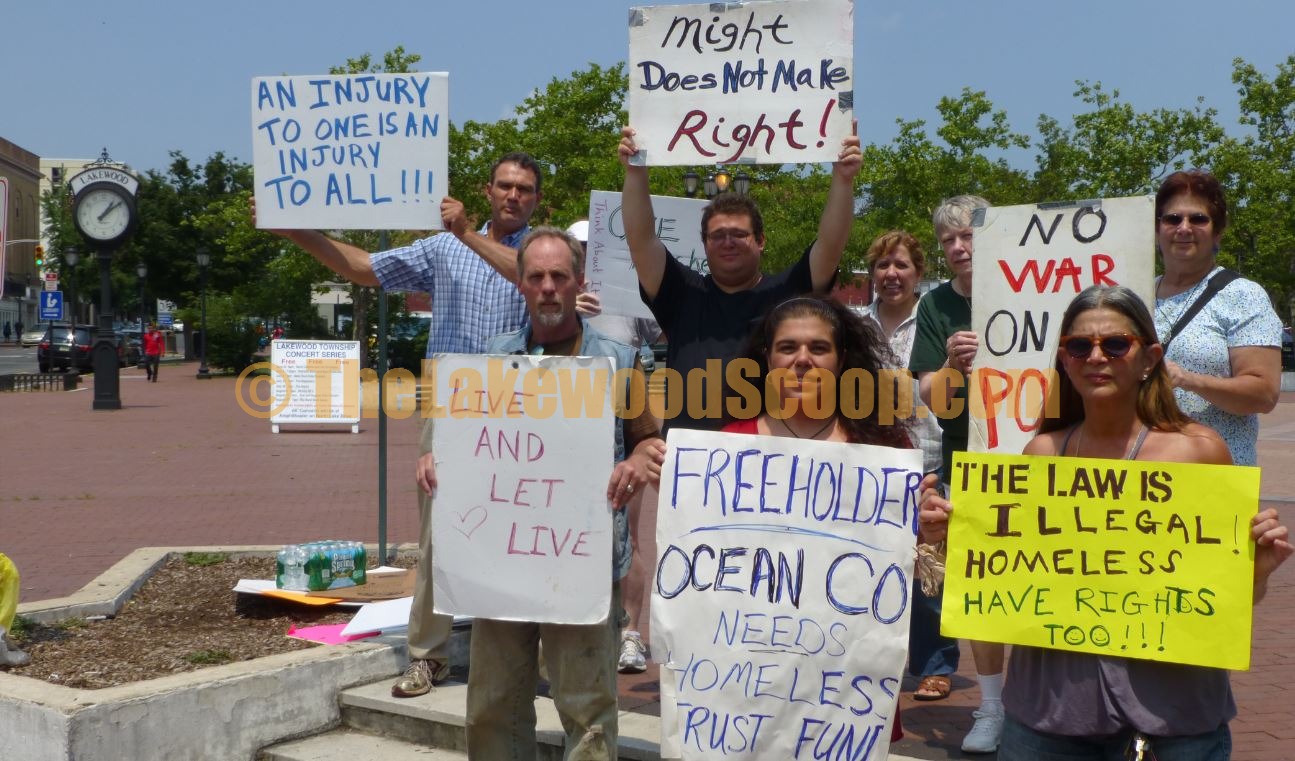 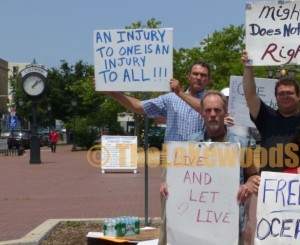 PHOTOS: ‘All we need is land.’ That was the message former Tent City residents were trying to convey to politicians during a rally today at Lakewood’s Town Square.

“With the brutal destruction of Lakewood’s Tent City, the number of homeless people in Ocean County is drastically increasing,” the flyer invitations to the event stated. “Instead of having an organized camp with relatively greater safety and quality of life, they are now living in alleyways and under bridges, without access to hygiene and sanitation.” 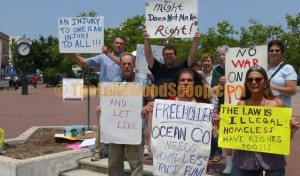 Tent City’s founder Minister Steve Brigham, along with other former residents of the closed encampment are petitioning to Ocean County’s Freeholders to donate a public piece of land “for the purpose of establishing a safe residential community for the homeless and low-income individuals.” 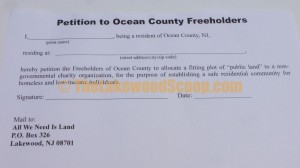 The homeless encampment’s was completely vacated on July 3rd, a week after encampment was officially shut. [TLS]