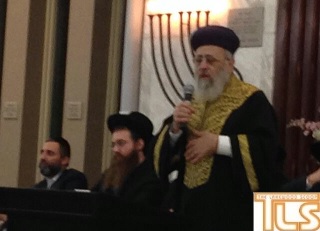 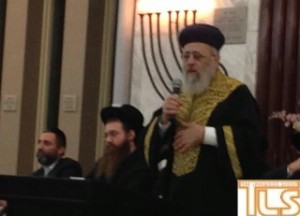 Throughout the day yesterday, Rav Yosef, from Sanhedria, visited several Deal community schools, where he gave Divrei Chizuk and Brachos.

Last night, hundreds – including Lakewood residents – gathered at the Magen David Shul of West Deal to hear from the Chacham and to receive a personal Bracha.

Rav Yosef assumed the position of his father, Hagaon Rav Ovadia Yosef Zatzal, who was Niftar in October of 2013 at the age of 93. An estimated 800,000 attended his Levaya, reportedly making it the largest Levaya in Israeli history.