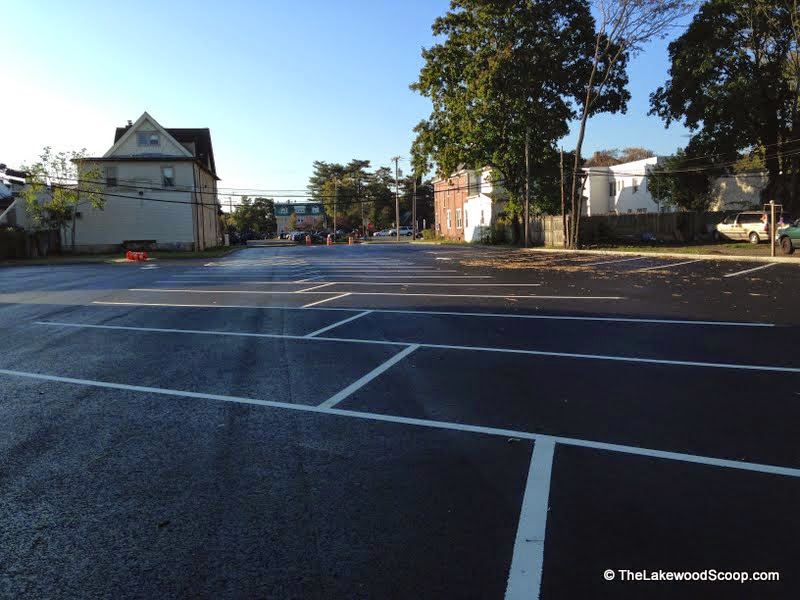 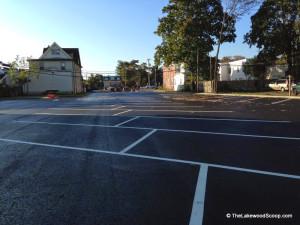 For years, Lakewood merchants and their patrons have been clamoring for more parking downtown, especially considering Lakewood’s growing population. In 2007, the Lakewood UEZ started to identify properties on Second, Third, and Fifth streets that could be converted to parking lots. The Lakewood Development Corporation (LDC), the administrative arm of the UEZ, began to acquire those properties with a plan to construct new parking lots.

The new Third Street parking lot is the latest parking lot to be completed and is located between Second and Third Street and Route 9 and Clifton Avenue. The new lot is designed to allow traffic to move from the municipal lot on Fourth Street through to the municipal lot behind the Clifton Avenue stores located between First and Second Streets. As a result, shoppers now have the opportunity to move methodically from one end of the downtown to the other and reduce circling for available parking.

According to Patricia Komsa, executive director of the LDC and coordinator of the UEZ, “Merchants, shoppers and even employees in the downtown have, for almost a decade, been calling for additional parking to support the growing business community.”

Township Committeeman and Liaison to the LDC, Ray Coles, remarked, “I’m proud of the fact that providing additional parking for our downtown continues to be a priority for the Development Corporation and the Township Committee.” That sentiment was echoed by Rabbi Moshe Z. Weisberg, Secretary to the Board of Trustees of the LDC, “Increased convenient parking has been an ongoing goal of the LDC for years. The series of new lots will allow the downtown to continue to thrive.”

Komsa says, “There are not many municipalities that can brag that they have a ‘real downtown.’ We do. We need to encourage economic growth and job creation in order to sustain our downtown and our community at large.”