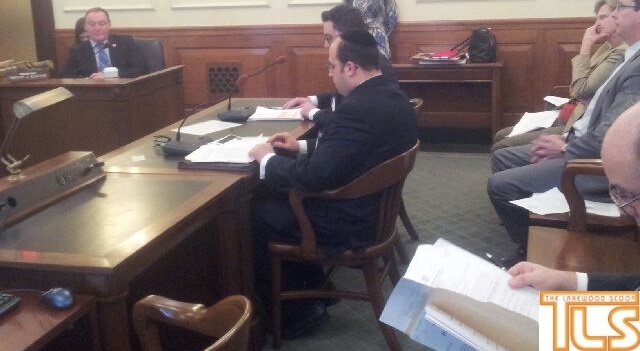 This week, the New Jersey Assembly State and Local Government Committee released a bill that condemns all forms of anti-Semitism.

“I had the opportunity to present testimony on behalf of Agudath Israel in strong support of the bill,” Avi Schnall, the Director of Agudath Israel NJ told TLS. “A similar bill recently passed the Senate committee thanks to the leadership of Senate President Stephen Sweeney (D-3), Senator Tom Kean (R-21) and Senate Majority Leader Loretta Weinberg (D-37).”

“In the testimony, I relayed our concerns about the recent expressions of hatred and violence towards the Jewish community in New Jersey and how these incidents are a stark reminder that anti-Semitism remains a malignant reality in today’s world,” Schnall said.

“We have seen a rising tide of disturbing anti-Semitic acts across the globe in recent years. Whether it is the vandalizing of houses of worship, attacks on families or the disgusting pronouncements of Holocaust-deniers, these acts deserve our strongest outrage and condemnation.” said Lampitt (D-Camden/Burlington) “This virulent strain of prejudice is an affront to the very notions of humanity that form the center of any civilized society.” 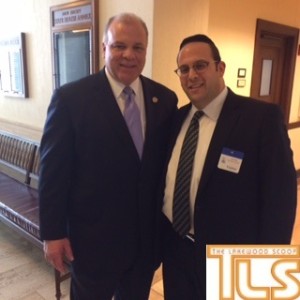 A May 2014 survey by the Anti-Defamation League entitled, “The ADL Global 100: An Index of Anti-Semitism” surveyed residents of more than 100 countries about their attitudes toward Jewish people. The survey found that a majority of survey respondents had either not heard of the Holocaust or believed the Holocaust never happened.

In April 2014, the State Department released the International Religious Freedom report, which noted “the historical stain of Anti-Semitism continued to be a fact of life, leading may individuals who are Jewish to conceal their religious identity” for fear of persecution.

The resolution also notes the recent terror attack on Jews in a kosher supermarket in Paris.