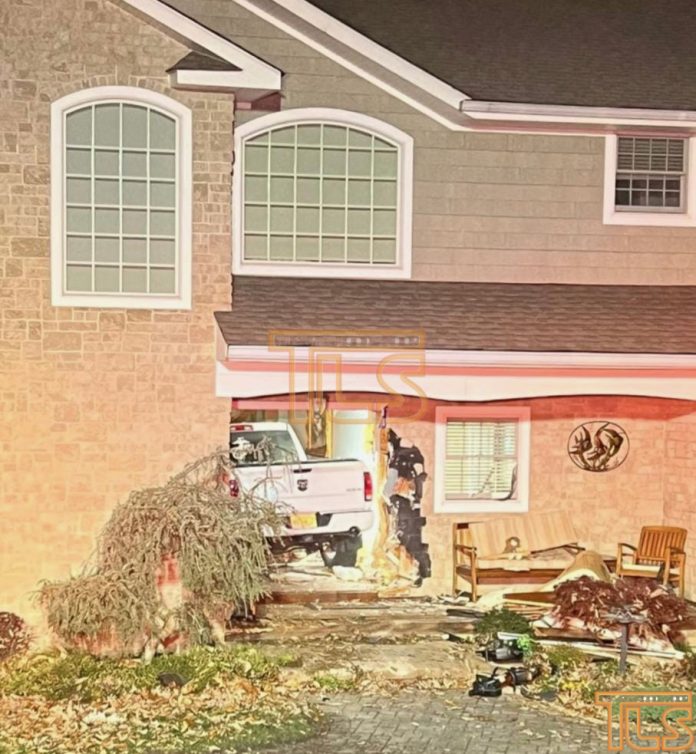 A driver is in custody for drunk driving after plowing his vehicle into a Toms River home.

On Monday, November 20, at approximately 11:35 PM, police and fire units were dispatched to Frann Road for a reported motor vehicle accident involving a vehicle into a house.

The initial investigation revealed that Kevin E. Cannon, 24 of Toms River, was traveling north on Frann Road when he drove off the roadway and through the front door of a residence, ultimately coming to rest in the living room. He was arrested and charged with driving under the influence.

Multiple fire companies responded, along with Freedom Towing, to remove the vehicle from the residence. The Building Department also responded and deemed the home unsafe. Mr. Cannon was issued citations for driving under the influence, reckless driving, and failure to maintain lane. His vehicle was impounded as per John’s Law. The homeowners were home at the time of the incident, but were not injured. The incident remains under investigation by Officer Nicholas Lugo.