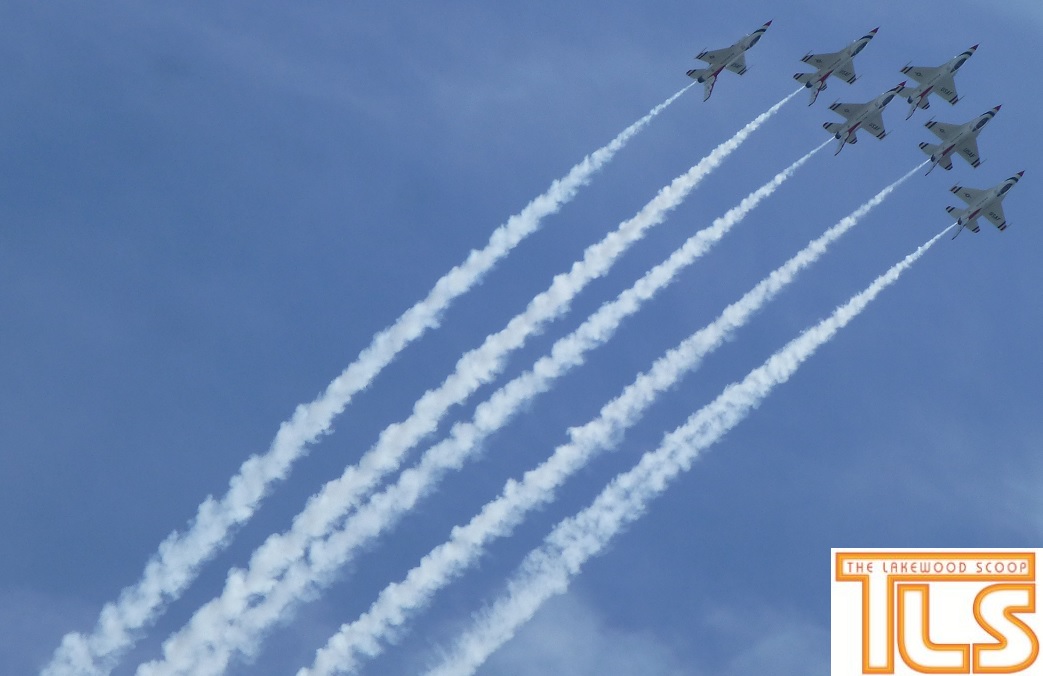 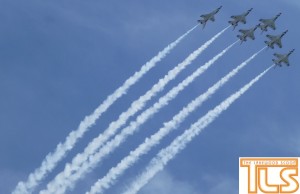 VIDEO & PHOTOS: [UPDATED 9:45 PM] Between yesterday and today, over 300,000 people gathered at the Joint Base MDL base’s airfield for a breathtaking and sound-barrier-breaking airshow, and open house.

“It’s amazing to see all of our planning come to fruition,” said Lt Col Phil Lynch, Open House director. “It’s been an honor to work with the tremendous team that put together this event which highlights todays military and showcases how JB MDL demonstrates America’s strength each day.”

The Army’s parachute team, the Golden Knights, kicked off each day’s festivities by jumping with an American Flag to accompany the playing of the National Anthem.

“We train so hard to come out and put on the best performance possible for the public,” said Army Staff Sgt. Shelby Bixler, Golden Knights parachutist. “The best part is to see your reactions and smiles; it lets us know we’re doing our job well. To top it off, we get to land on the ground and interact with the American public and it connects them with the Army.” 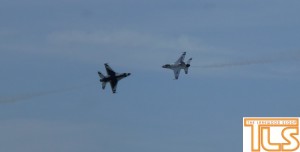 Many of history’s storied aircraft as well as today’s cutting-edge platforms were on display for visitor’s viewing pleasure to include 13 aerial performers and 40 historic and current aircraft such as the Bell UH-1 Iroquois, C-5 Galaxy and t-1A Jayhawk throughout the weekend.

Brandi Lapadula said she was pleased to see the ecstatic looks on the faces of her children Cambria,2, Adelene, 4, and Julian, 4 months, when they got to interact with the Golden Knights.

As the event came to a close, the crowds thickened as they waited in anticipation to see the headlining act, the U.S. Air Force Thunderbirds, fly their trademark F-16s across the air space above JB MDL. 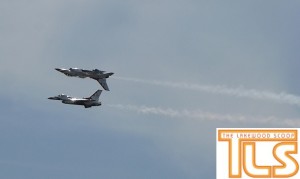 “The whole day was great and I really appreciate being able to witness everything the base has to offer,” said James Schmidt, a freelance photographer. “I hope I don’t have to wait two years to do this again.”

The joint base welcomed the opportunity to show gratitude to the public for entrusting them with the nation’s safety and felt successful seeing the audience turn their necks in awe.

“This is the first air show my family and I have ever attended and it was amazing,” said Amanda Yesilonis, attendee from Northeastern Pennsylvania. “My children have been infatuated with the military since they were born because of family lineage so it was amazing to actually have the opportunity to come see the capabilities our military has to offer. Having full access to airplanes, helicopters and tanks was the highlight for me and my family.” [TLS]