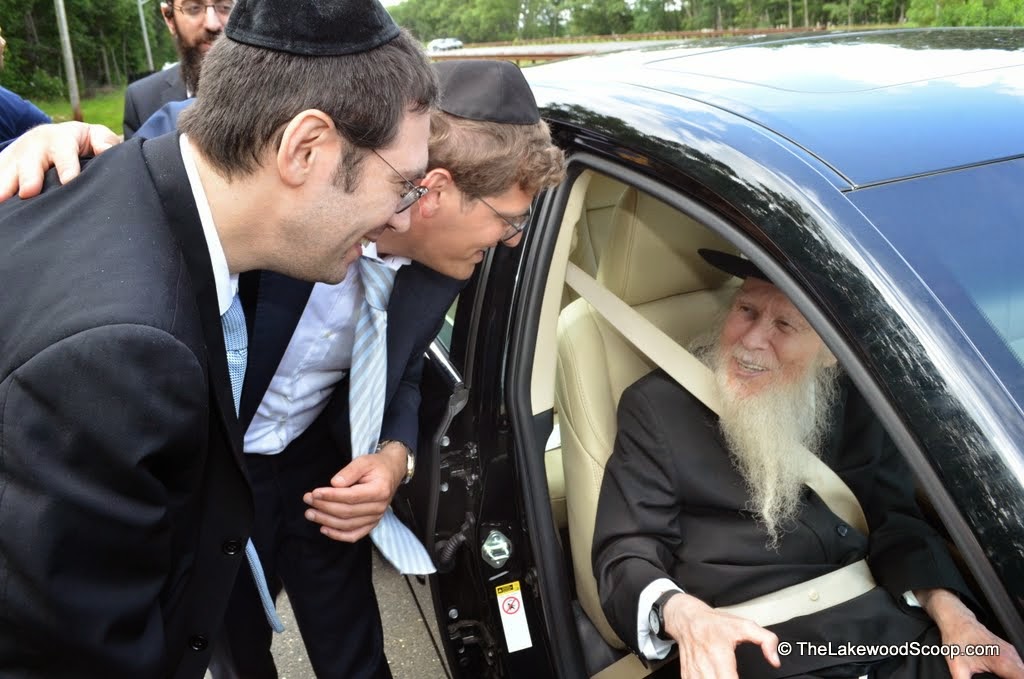 PHOTOS: (Album 1, Album 2) “I’ve hosted Baruch Hashem many Gedolim in the past on numerous occasions, and Lakewood has

has never seen such a trip,” says Reb Baruch Jeremias, the philanthropist who hosted Hagaon Rav Aryeh Finkel during his historic trip to Lakewood this week. “The Kavod that the Town and the Lakewood Roshei Yeshivah gave him has no bounds.”

The Rosh Yeshivah, approximately 90 years old, who serves as the Rosh Yeshivah of MIR Brachfeld in Eretz Yisroel, met thousands of Balei Batim, Yeshivah Leit, Bachurim and children from all walks of life during his two-day visit in Lakewood.

“Seeing thousands singing ‘Yumim’ and the thousands of children wearing white shirts as they greeted him outside – this was the nicest thing ever,” says Reb Baruch.

During his visit, which is his first-ever visit to America, the Rosh Yeshivah, visited multiple Yeshivas and personally met with hundreds who sought his advice and Brachos. The Rosh Yeshivah was also honored with Sandik at a Bris, Upsherins and more.

“He touched so many people’s lives in the short time he was here,” Reb Baruch says.

When leaving Lakewood, with a police escort, the Rosh Yeshivah turned to Reb Baruch and said, “Dee Tzaros, Un Alleh Dee Yeshuos Vus Klal Yisroel Darf, Gait Mitgain Mit Mir in Yerushalayim, Un Biz Main Kever. Klal Yisroel Gait Durich a Bittera Galus. Di Tzaros Dricked Mein Hartz Shreklach.” (The problems, and all the salvations the people need, will come along with me to Yerushalayim, and until my Kever. Yidden are going through terrible times. The problems hurt my heart terribly).

(Photos provided by the Lakewood Shopper and Rafoel Langsam)