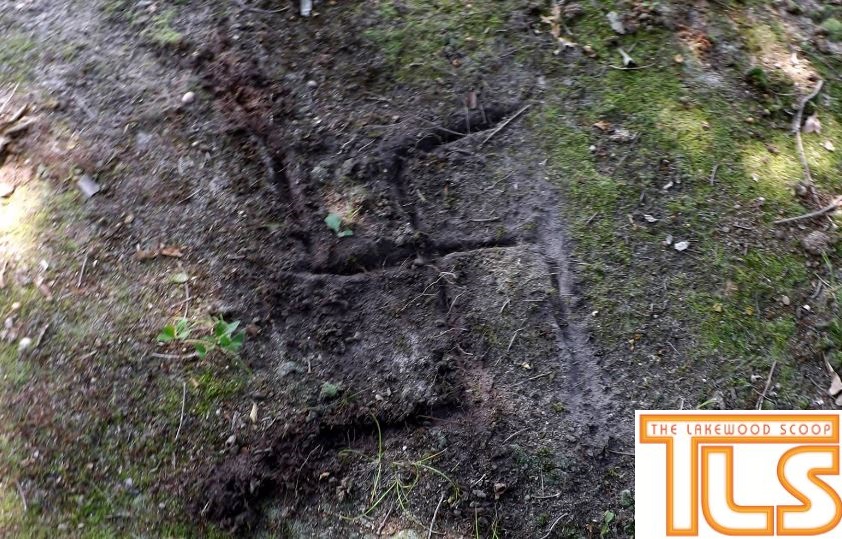 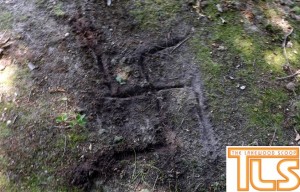 PHOTO: A Lakewood resident tells TLS he is constantly being verbally attacked by an anti-Semitic neighbor, but yesterday it went too far.

When exiting his home yesterday, the Leisure Village resident tells TLS he discovered a swastika scrawled into his front yard, and suspects the neighbor did it.

“I’m barraged with anti-Semitic, death threats to my dogs etc. whenever I step out of my door,” the resident told TLS. “He was particularly horrible today talking bout shoving Jews in the ovens, speaking lines from Mein Kampf and cursing me while I’m tending to my garden.”

The resident continues, “I was transplanting some pepper plants and stringing up some tall tomatoes when he comes out and starts mutterring, and cursing. I start singing to drown it out, but it gets ugly. “You stupid (moderated) Jews, you (moderated) (moderated) of the earth, they didnt make enough ovens to (moderated) burn all your (moderated) in.”

Other comments included “Heil Hitler and burn the Yidden,” and “your mother should have died in the ovens,” and more, says the resident.

The resident tells TLS he has contacted the Lakewood Police Department, as well as the Anti Defamation League regarding the incidents.