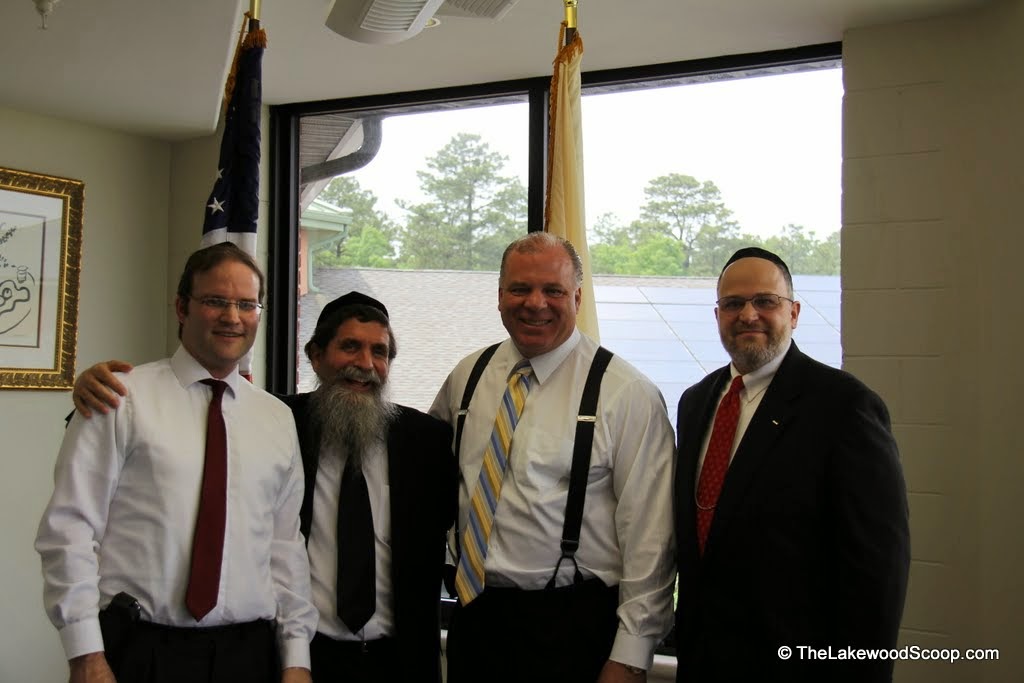 PHOTO: New Jersey Senate President Stephen Sweeney (D) visited Lakewood yesterday. After a visit with some Lakewood officials, the Senator visited the School for Children with Hidden Intelligence, where he was given a tour of the premises by the school’s founder Rabbi Eisman, and Executive Director Captain Mark Segal.

Following the tour, the Senator was welcomed to the conference room, where he enjoyed some light refreshments with the school’s executives.

Sweeney has served in the New Jersey State Senate since 2002, where he represents the 3rd Legislative District. On November 23, 2009, Sweeney was selected as Senate President-designate, replacing Richard Codey. [TLS]