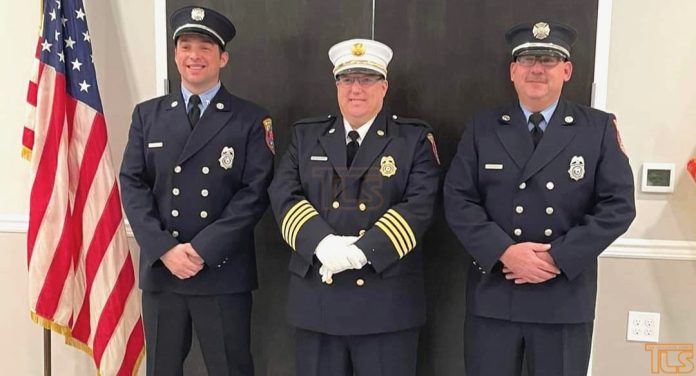 Deputy Chief Moore has been a firefighter in Jackson for over 20 years, and prior to this promotion, he was the most senior firefighter on the career staff.

Jackson Station 55 utilizes career Firefighters during the day, and volunteers Firefighters for evening and night calls.

Also at the meeting, the district promoted career Firefighters, John Perrotto and Michael McLaughlin to Captain.