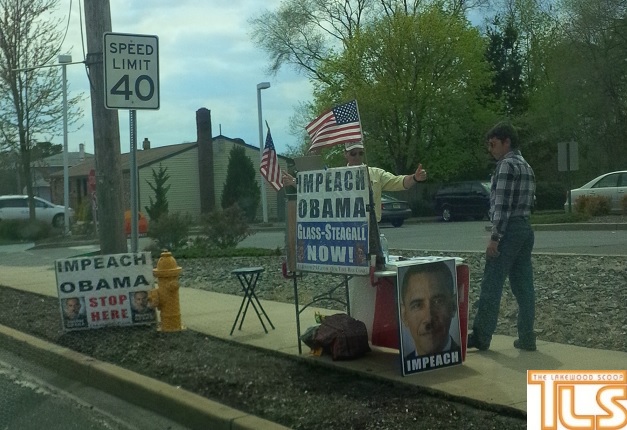 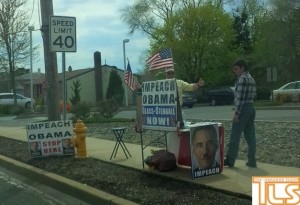 PHOTO: Some are wondering if a group of protestors calling for the President’s impeachment may have overstepped their limits.

The group, which set up shop at the WaWa at the Lakewood/Brick border, included a photo of the President with an apparent Hitler mustache.