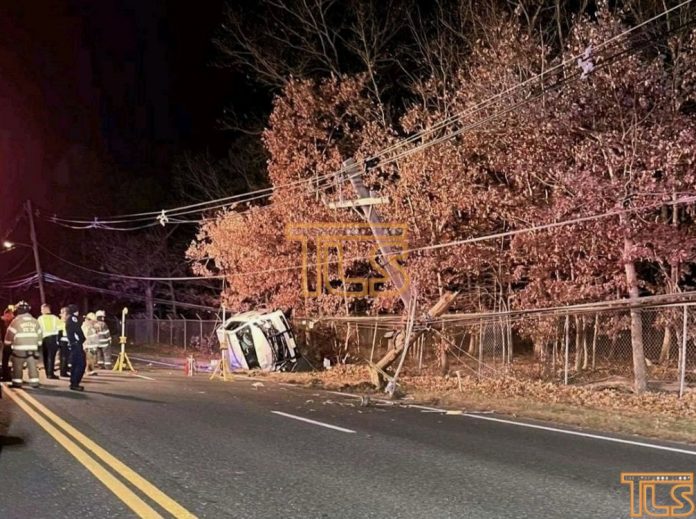 A driver was airlifted to the hospital after overturning his vehicle, and taking out a pole.

At approximately 10:05 pm, officers from the Manchester Township Police Department responded to the area of County Route 571 and Richard Road in the Ridgeway Section of town to investigate a motor vehicle crash involving an overturned vehicle with an entrapped driver.

Upon arrival, officers observed an overturned 2016 Chevrolet Tahoe and a utility pole which was severed at its base with downed wires. The Chevrolet had sustained extensive damage and was partially suspended by low voltage wires. The investigation revealed that the Chevrolet, a marked Ridgeway Volunteer Fire Department vehicle, was traveling westbound on CR 571 after responding to a call for service. The Chevrolet subsequently drifted off the roadway to the right and struck a utility pole. Following impact, the Chevrolet became airborne before striking the low voltage wires and overturning on its passenger side, sustaining extensive damage to the entire vehicle. The impact with the pole pulled a wire from a nearby residence. The wire ultimately struck the 2017 Sutphen Ridgeway Volunteer Fire Department fire truck which was following the Chevrolet, causing minor damage to the front end. 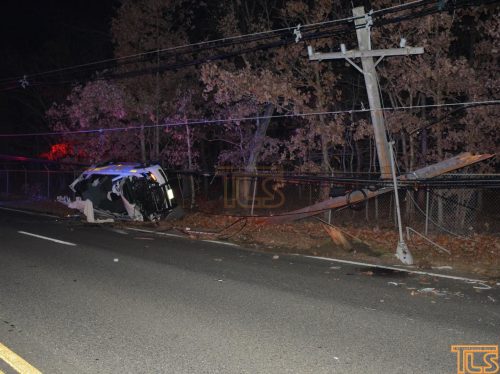