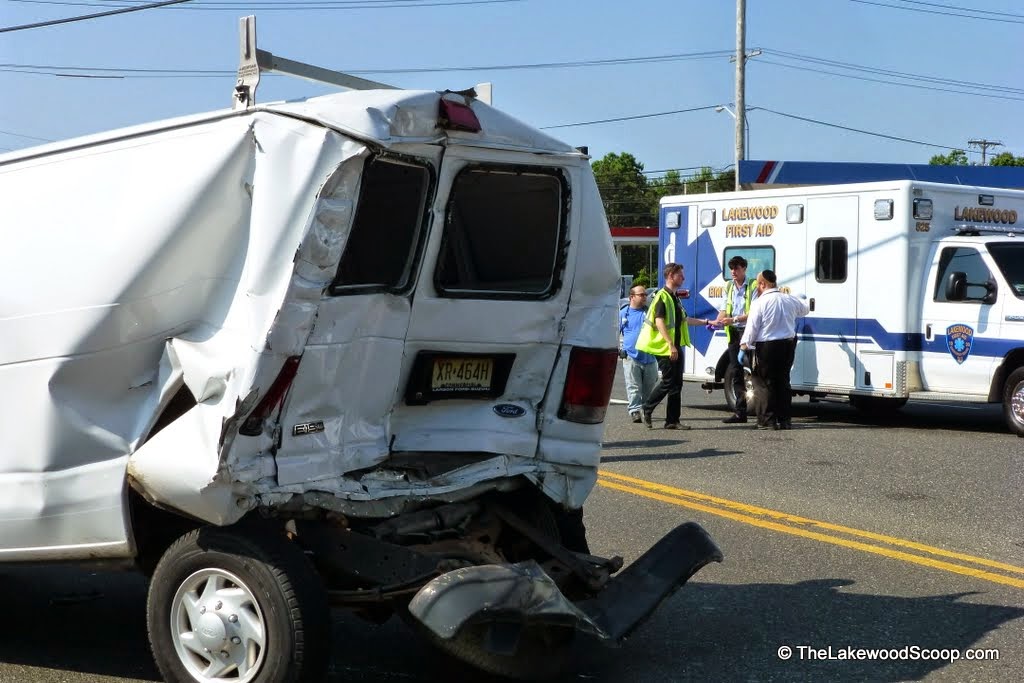 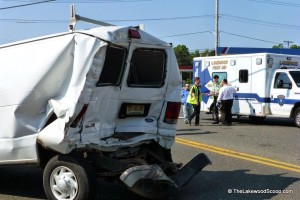 PHOTOS: Five people were injured, including one seriously, in a 3-vehicle accident on Lanes Mill Road this morning, police say.

The crash occurred just north of the intersection of Route 88 shortly after 9 AM, when a garbage truck, commercial van and 12 passenger van apparently collided.

Over a dozen emergency personnel responded to the scene, including Lakewood EMS, Lakewood First Aid, and Brick EMS.

The driver of the 12 passenger van reportedly suffered serious injuries.