PHOTO: 150th Anniversary of the End of the Civil War Commemorated 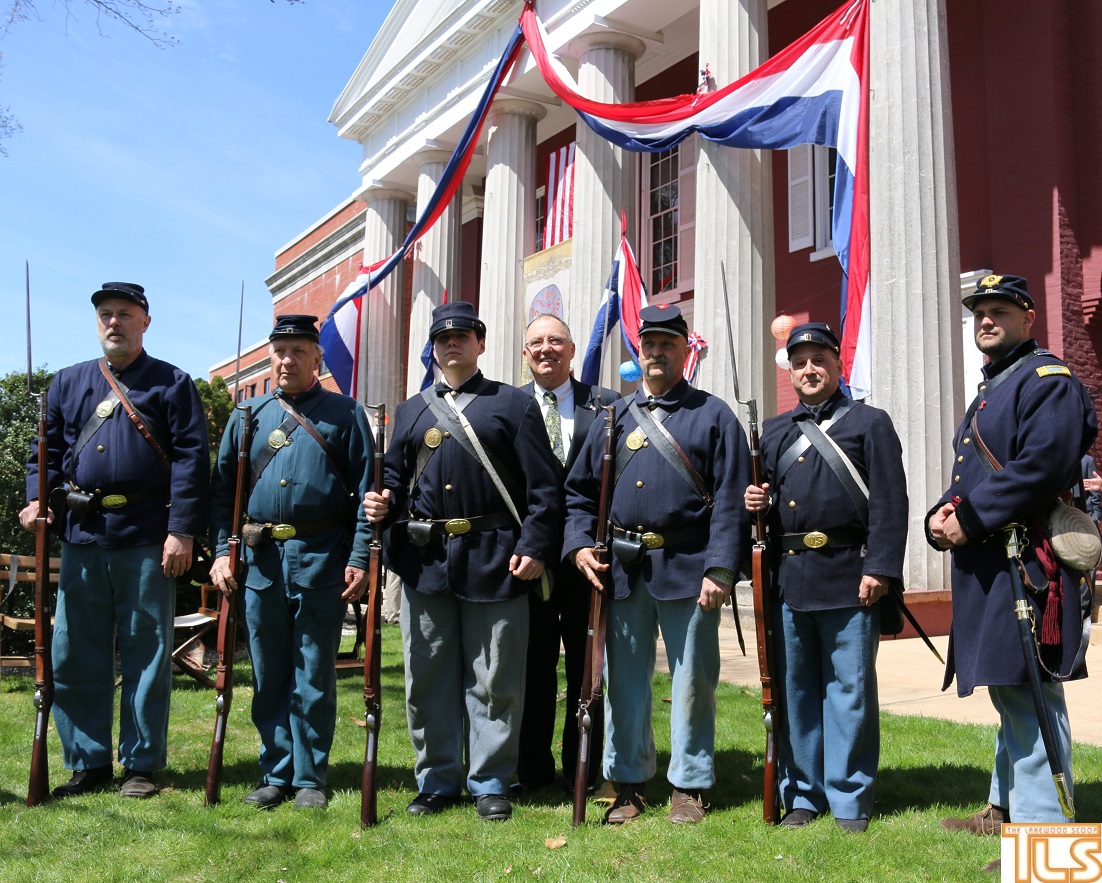 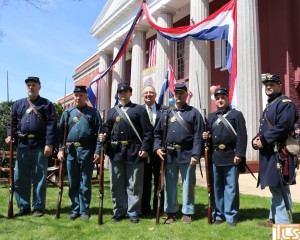 The 150th Anniversary of both the end of the Civil War and the assassination of President Abraham Lincoln were commemorated at the courthouse on April 16. The ceremony included period music by the Libby Prison Minstrels, readings from the 1865 editions of the Ocean County Emblem newspaper by Toms River High School South students and a recitation of Walt Whitman’s O Captain! My Captain! By Freeholder Director John C. Bartlett Jr.

Following the program in Historic Courtroom No. 1, Civil War re-enactors fired both muskets and a cannon in salute to Lincoln and all of the fallen in America’s bloodiest conflict.