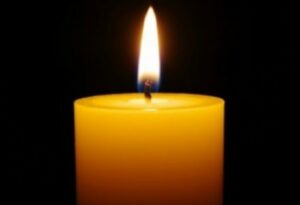 We regret to inform you of the Petirah of Rebbetzin Chana Tabak A”H, who was Niftar in Lakewood this evening. She was approximately 80 years old.

Rebbetzin Tabak (daughter of Reb Aaron Gertzlin), originally from Monsey, was an Isha Chashuva and left behind a family of Bnei Torah.

Her husband, Reb Eliyahu Z”L, was Niftar two years ago.