UPDATED: Pedestrian being airlifted to hospital after being struck by Police car in Toms River; OCPO Statement [PHOTOS] 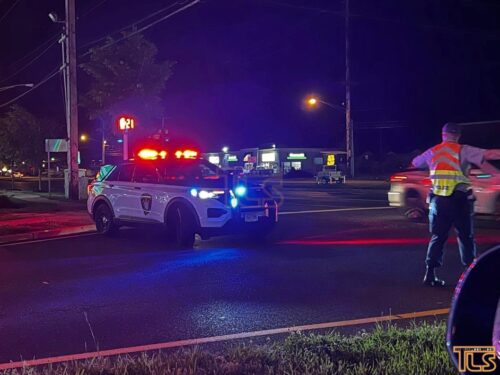 A pedestrian was struck by a police vehicle and seriously injured in Toms River this evening.

The accident happened on Fischer Boulevard shortly before 10:00 PM.

The pedestrian was seriously injured and treated by EMS before being airlifted to the hospital.

“At approximately 10:00 PM, 42-year-old William Carberry was attempting to cross the roadway near the intersection of Fischer Blvd and Adams Avenue when he was struck by a Toms River Police patrol vehicle,” Police said.

Per protocol, the Ocean County Prosecutor’s Office and Ocean County Sheriff’s Department CSI Unit responded to the scene. The accident is currently under investigation.

“Initial evidence indicates that Mr. Carberry was wearing dark clothing, appeared to be under the influence of alcohol and was crossing outside the designated crosswalk at the time he was struck,” Prosecutor Billhimer stated. 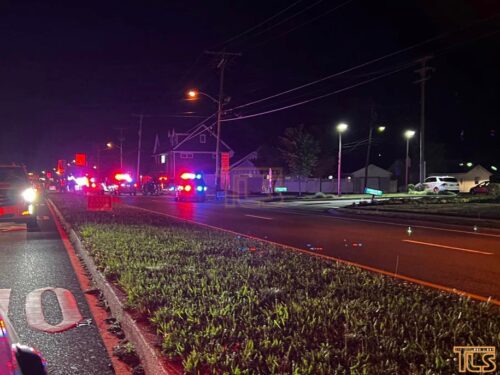