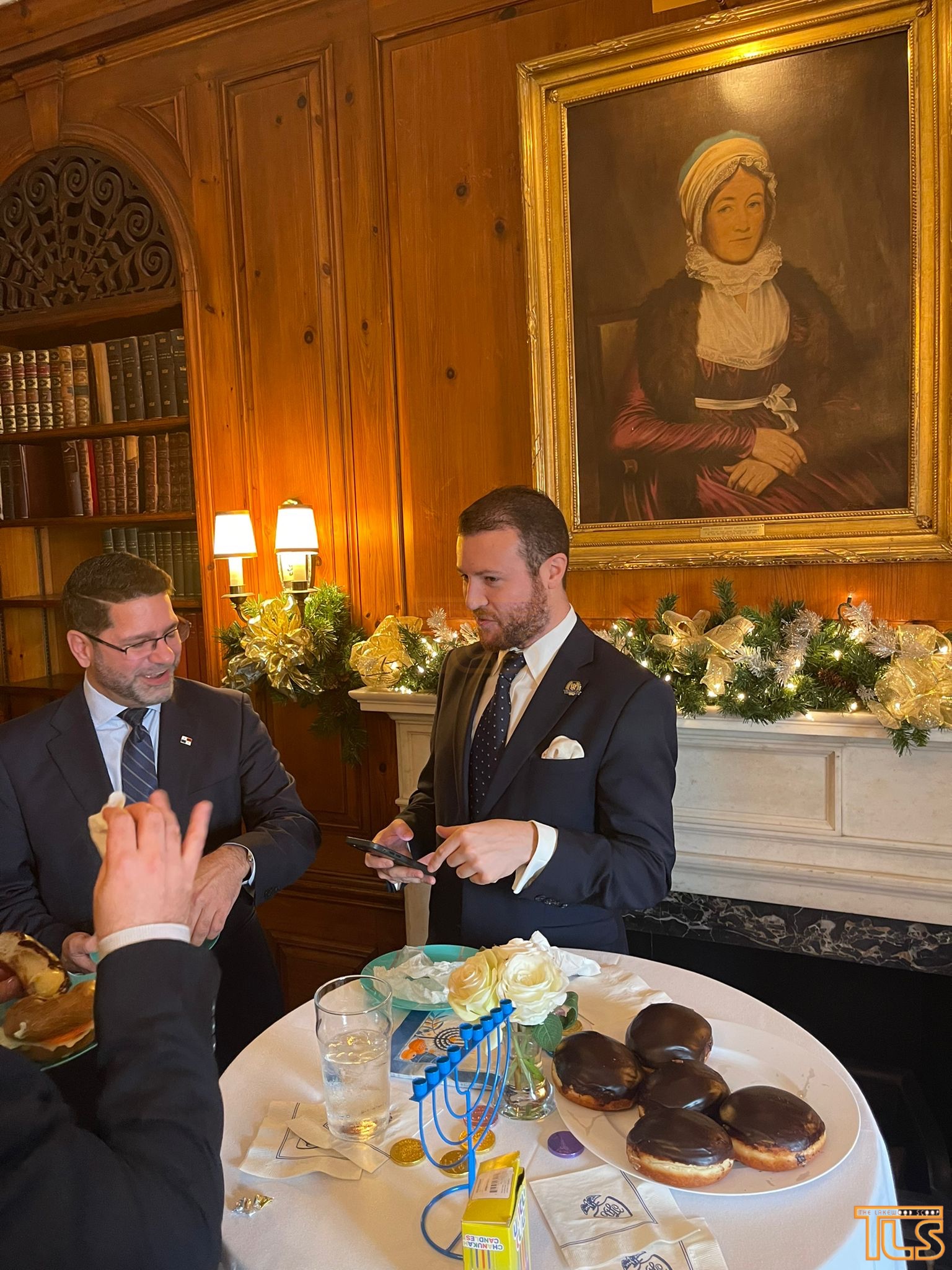 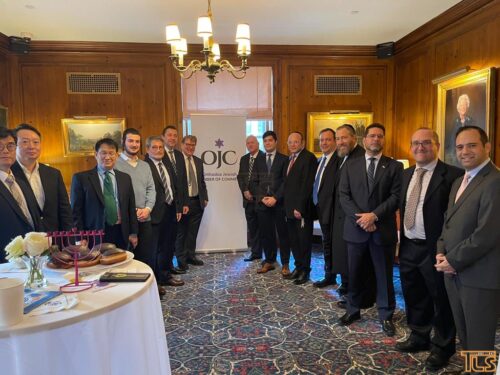 On Monday, December 6, the final day of the Chanukah, the Orthodox Jewish Chamber of Commerce followed its mission of building bridges via commerce by facilitating a unique signing that will have rippling effects worldwide.

Following the success of the Abraham Accords, the Orthodox Jewish Chamber of Commerce sought out entities seeking new opportunities for trade and commerce. At the Chanukah reception at The Union League Club in NYC, William Martinez de Velasco, president of the Panama-US Chamber of Commerce, and Duvi Honig, CEO of the Orthodox Jewish Chamber of Commerce, signed a Memorandum of Understanding Agreement. Together, the signatories agreed to expand and create high-caliber networks with specific marketing platforms, including events aimed at promoting trade between the U.S. and Panama. The documents were then placed on a nearby desk once used by President Abraham Lincoln.

“The Union League Club was responsible for erecting the Statue of Liberty, and the club continues to promote liberty and freedom to this day,” said Honig. “The menorah in all its glory reflects both these timeless values. It is for this reason that we chose to conduct our menorah lighting in front of paintings that once graced the Ronald Reagan Oval Office.Leadership uniting in support of trade reflects the essence of freedom and building bridges to amongst nationalities, races, and religions.”

The significance of this signing, witnessed by Elias M. Levy, Consul General of the Republic of Panama in New York, promotes the discussion of new ideas including new social, operational, and commercial prospects. Furthermore, the signing will help to stimulate economic opportunities including the improvement of business cooperation and investment promotion that will positively affect public policy on a global scale.

“The Orthodox Jewish Community has been through so much hardship throughout recent history, yet always prevails and rebuilds its home, with its door always open time and time again to nurture and provide warmth and care to all other communities,” said Martinez de Velasco. “This community is a testament to G-d’s strength and light. It makes me so proud to be in partnership with such wonderful friends!”

This agreement was the work of just a few short weeks since the Orthodox Jewish Chamber of Commerce’s JBiz business expo, where the Panama officials presided on a panel discussing import and export and the strategic infrastructure within Panama including the importance of the world-famous Panama Canal.

“Trade during the ancient times was the way the world was connected. The roles of the signers seen here today brings together cultures and people,” said Levy.

“We are very happy to be signing the MOU and we are very sure that these exchanges will bring tourism and great things to come,” stated Vilma Di Bello Sierra, Deputy Consul General at Consulate General of Panama in New York.

“The signing denotes the viable solutions that world Jewry has in the universal economic forum,” added Honig. “I am so pleased with how much goodwill can be created amongst the business leaders and countries at our Chanukah party where everyone is looking to help the other. It is premature to say, but there are various conversations at play that will soon transpire into amazing agreements.”

In a conversation with Honig, it was explained that the presence of the Jewish nation scattered throughout the Diaspora allows us to bring all the people of the world together in unprecedented manners. In the same light, the people of the world recognize the strength andunique influence of the Jewish people and desire to build on these connections. “Whenever we have stronger relationships, we create more opportunities for the world at large and in doing so find new paths for the frum world to make a kiddush Hashem and strengthen our world of commerce.”

In attendance were international ambassadors from the Bahamas, South Korea, Indonesia, and Haiti, as well as local representation from the NYC Mayor’s Office, NJ Israel Commission, NYPD, NYC Council, Staten Island COJO, Presidents of National Chambers of Commerce, Counsel Generals, and clergy members including pastoral and rabbinic leadership amongst business and community leaders.

The Orthodox Jewish Chamber of Commerce previously signed a similar agreement in attendance of the president and foreign minister of Turkey prior to Succos. That agreement has already made an impact on Turkey’s stance with Israel in the U.N. 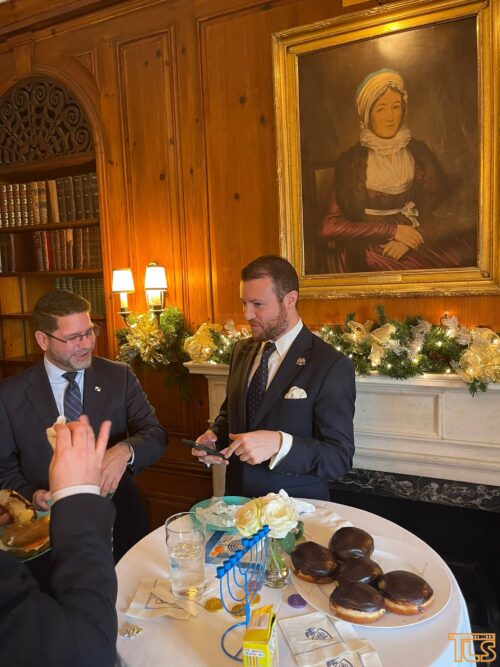 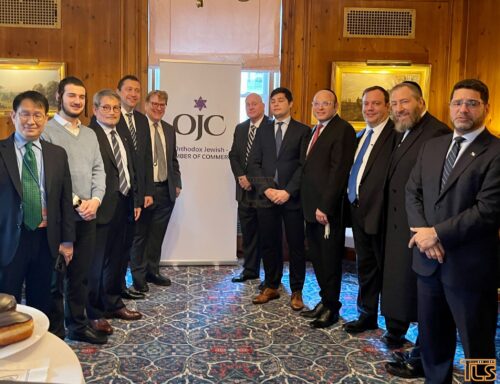 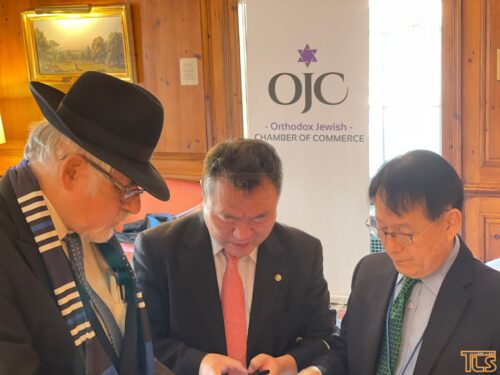 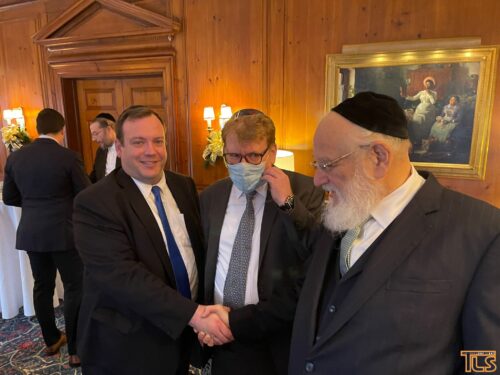 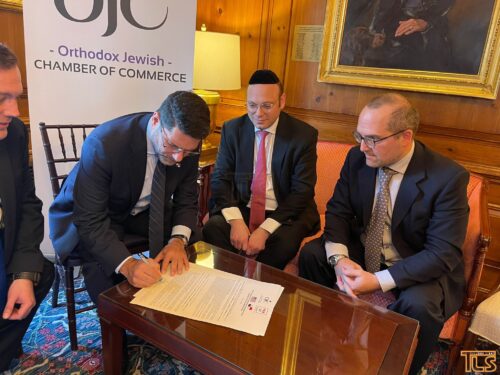 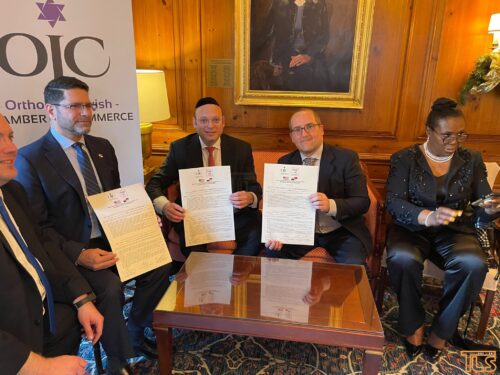 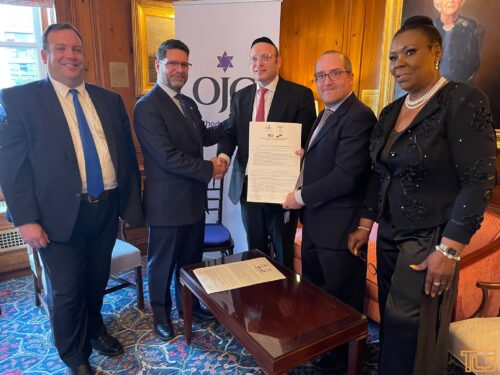 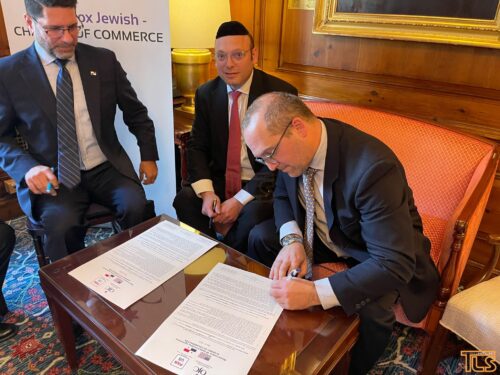 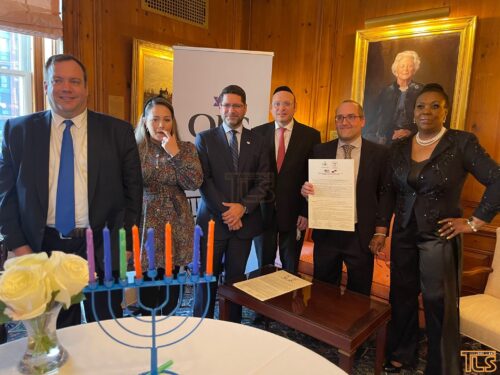 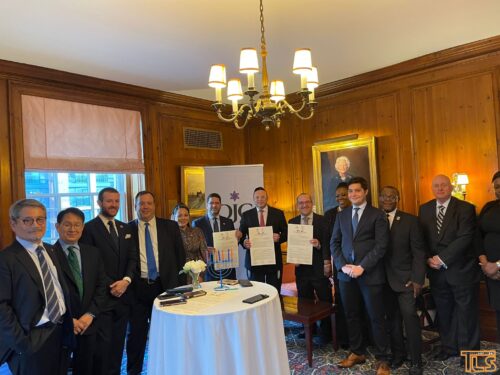 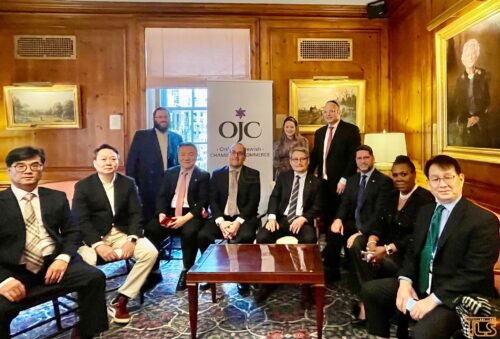 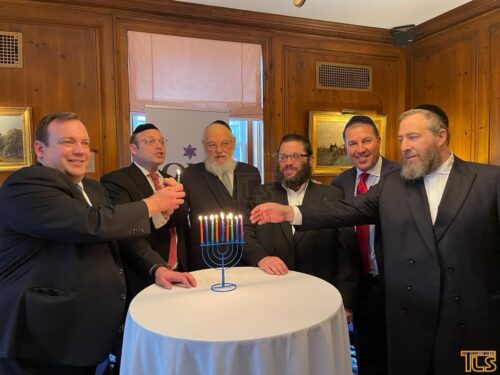