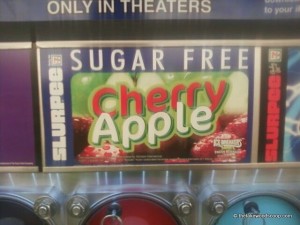 OU Kosher presents frequently asked summer-related questions to-date on the OU Kosher Hotline by consumers. Questions may also be submitted to [email protected], or at (212-613-8241).

Q: Can one eat in an ice cream or yogurt store product that has been scooped from a container that bears OU certification?

A: In some instances, the OU certifies an entire store. In such cases, the OU letter of certification will state that a particular store located in a specific location is under OU supervision. Obviously, one can eat everything in a certified store. However, it is often the case that the OU certifies a brand name ice cream or yogurt, but the OU does not certify the store that sells the product, even though the store has the same brand name as the product. In this latter instance, the OU only certifies sealed containers bearing the OU symbol. Once the container is opened, the OU no longer vouches for the kosher integrity of the item, as the scoop may have been previously used for non-certified flavors.

Q: Can I drink coffee at a non-certified restaurant?

A: There is a halachic concern about coffee prepared in non-kosher restaurants because the equipment used to prepare the coffee may be washed in a dish washer with non-kosher items. It is possible that even so, the coffee equipment may remain kosher. There are a number of variables which could impact the kosher status, such as, the introduction of soap, the temperature of the water, the method of washing (kli rishon versus kli shaini), etc. Nonetheless, due to the uncertainty and ambiguity of each situation, as a general rule, the OU does not recommend the consumption of coffee prepared in a non-kosher restaurant.

Q: Is coffee from convenience stores, rest stops, and kiosks acceptable to purchase without certification?

A: In contrast to the response given regarding coffee prepared in a non-certified restaurant, it is permissible to purchase a cup of unflavored coffee from a convenience store, rest stop or kiosk. This is because these types of establishments generally do not prepare non-kosher food, or, even if they do, dishes and utensils are washed by hand in a sink and not in a dishwasher.

Q: Can one purchase slurpees at a 7-Eleven?

A: The OU certifies a number of Coca-Cola syrups that are used in slurpees. To purchase slurpees, it is necessary to verify two things: Is the syrup made by Coca-Cola, and is the specific syrup OU certified? Irrespective of store claims, one can only be certain that a Coca-Cola syrup is used by checking the label on the syrup box. However, the Coca-Cola labels on syrup boxes do not bear an OU symbol, and one must also determine that the specific syrup is OU certified. If uncertain about a particular Coca-Cola syrup, one can verify its certification status by calling the OU Kosher office at 212-613-8241 or by checking special tags that are sometimes displayed on the slurpee machine that display the Coca-Cola logo and an OU.

Q: There is a new self-serve soda fountain appearing in public venues called Coca-Cola Freestyle (also called 100 Flavors of Coke in Canada) which allows consumers to create their own mix of flavors. Are all of the flavors certified and can the machines be considered kosher?

A: The Coca-Cola Freestyle machines (also called 100 Flavors of Coke in Canada) are OU certified in the United States and Canada.

A: One must wait six hours to eat meat after eating cheese that is aged for six months or longer. The following are a few of the more popular aged cheeses that are aged for six months: Dry Monterey Jack, Cheddar (Medium, Sharp and Aged), Marble Cheese, Parmesan, and Picante Provolone.

Q: Can a BBQ be used for both meat and fish?

A: The Gemara (Pesachim 76b) teaches that it is a sakana (danger) to eat fish and meat together. As it is extremely difficult to clean a grill, the same grill rack should not be used for meat and fish. Either the fish should be double wrapped in aluminum foil or separate grill racks should be used.

Q: Is it possible to cook on a BBQ that was previously used for non-kosher food such as BBQ’s at parks and campsites? Also, can an outdoor gas or charcoal grill be kashered?

A: Since food is roasted directly on the grill, the grate must be heated until it glows (libun gomur) to be properly kashered. This can be done either with a blowtorch (which should only be used by qualified and experienced individuals) or by sandwiching the grates between charcoal briquettes and setting them on fire. In addition, if the grill has a hood, the empty gas grill cavity must be kashered by cleaning, closing the hood and setting it to the highest setting for one hour (libun kal). Alternatively, one may replace the grates and kasher only the grill cavity as explained above.

Q: Can in-room hotel ovens or microwaves be used without kashering?

A: It is possible to use a non-kosher microwave or oven by double wrapping the food item. If using a microwave, one may poke a small hole in each cover so that the steam can escape and the package will not explode.

Q: Is it possible to obtain hot, kosher meals on a cruise ship?

A: The only practical option for hot meals on a non-kosher cruise ship is to eat certified pre-packaged meals that are double wrapped, such as those found on airplanes. These may be heated in any oven as long as the seals are intact and the package remains closed. (There are other halachic concerns that arise on a cruise ship pertaining to Shabbat that have not been addressed here. Please ask your rabbi for guidance.)

Q: Is it permissible to take antihistamines without certification?

A: First, please remember, that anyone with a life-threatening condition should take whatever medicines are necessary without hesitation. In general, tablets are preferable to liquid medications which may contain problematic ingredients. If no tablet alternative is available, the liquid should be diluted in water, juice or any liquid by a ratio of one to six, which is one ounce of liquid to one teaspoon of medication. This ratio should be done only in consultation with your doctor.