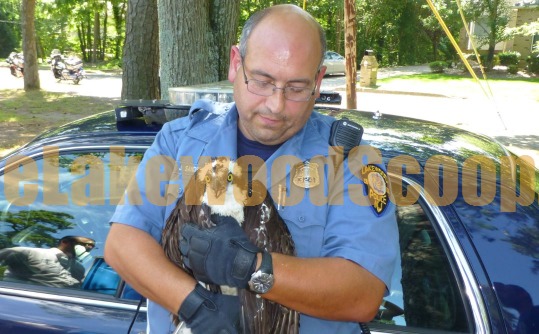 The osprey rescued on Sunday from a tree is on the road to recovery. The bird, says Joseph Sandstrom – the officer who rescued the bird – was taken to the Toms River Avian Center for care.

“He is currently being treated for a sprained wing and the injury sustained by the hook penetrating his foot,” says Officer Sandstrom. “He is given a 50 – 60% chance to recover fully. Unfortunately, if he is a breeding male, there is a chance that his nest may fail without his presence.”

Meanwhile, Officer Sandstrom is being hailed as a hero around the Internet worldwide, after the exclusive TLS video went viral. TLS has received requests to use the footage from multiple National media outlets and viral video sites.