Opinion: Vaccine Rollout Sputters; Who Is To Blame? | Shlomo Rudman 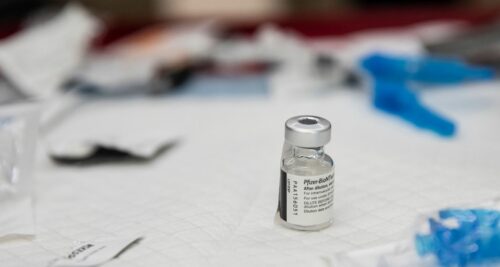 Many journalists and observers have been pointing out the fact that the United States’ rollout of the approved vaccines has been unspectacular, to put it nicely. As of Wednesday morning, 2.6 million Americans had been administered a vaccine – a large number, but nowhere near what health officials had been hoping for at this point.

The rollout in the United States looks even worse when compared to other countries, specifically Israel, which has been inoculating its citizens at a blistering pace.

Those numbers are just not pretty. There is a failure somewhere along the chain of command in the process of getting the vaccines to the American people. But who is to blame? That apparently depends on which side of the political aisle you’re on.

President Trump says it is the fault of state governors. “The Federal Government has distributed the vaccines to the states. Now it is up to the states to administer. Get moving!” Trump wrote on Twitter Wednesday morning. Democrats and the left-leaning media naturally blame Trump, saying he is ultimately in charge of the fight against coronavirus and is responsible for making sure there was a clear plan in place for the vaccine’s distribution. They also note that states asked President Trump for $8 billion to help them bring the vaccine to residents in a smooth fashion, but only received $340 million, and that is now causing the hiccups we are seeing.

I am not going to take a side in this debate. I know politics, not vaccine administration infrastructure. And I know that a good 95% of the people opining on the vaccine rollout don’t have a clue either. They’re just taking a side because that’s what politics is – always taking a side even when you’re absolutely clueless.

But I do want to remind everyone what New York Governor Andrew Cuomo said in November when it became clear that a vaccine would soon be approved. Cuomo threatened to sue the federal government over vaccine distribution and said he would take over control of it in New York State. So, Cuomo wanted to be in charge of the vaccines but now that governors have control they want to blame Trump? And Cuomo infamously said (on live TV!) that he would try to slow down the distribution of vaccines because it would make Trump look good. Where are all the questions for him? Why is all the frustration and angst being directed at Trump, when we literally have the governor of New York who said he was going to slow it down? I mean, we know the answer, but it’s still pathetic.