Opinion: The Next Project for Frum Mega-Donors | Baruch Rivlin 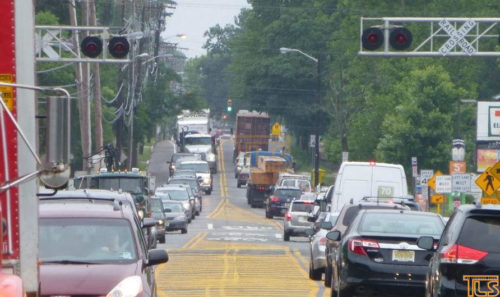 We live in a time of incredible philanthropy and selfless giving on the part of many of our wealthy neighbors. While there are far too many families in Lakewood that struggle to put food on their table, there are others there who are more than willing to pick up the tab, helping others get by with the wealth that they have been able to accumulate. Our schools and yeshivos, despite also struggling to obtain enough funding to keep their operations going, always find help from wealthy individuals who step in to ensure that learning can continue unabated.

Now it’s time to push for the next mega-donor project: widening Route 9.

I know, it sounds ridiculous, but hear me out.

Hundreds, if not thousands, of Lakewood residents need to drive on the 9 each day. And every day, those people get stuck on the 9, sometimes for more than half an hour. These aren’t people without busy lives – they’re running to yeshiva, to drop their children off at babysitters, heading off to work, etc. etc. And sitting in traffic on the 9 poses a massive problem for them.

Let’s do the math for a minute: If everyone driving through Lakewood via the 9 gets held up by traffic each day for let’s say 20 minutes (to be conservative), and with over 40,000 cars passing through Lakewood’s stretch of Route 9 daily (according to estimates) that amounts to a total of over 800,000 minutes – over 13,000 hours! – wasted every day in traffic.

Think of the disaster that is. Think of the ways those 13,000+ hours could better be spent – with family, working on a new business venture, helping spouses, learning an extra daf, and so on.

Lakewood has a problem on its hands, but it’s fixable. While the New Jersey Department of Transporation is really in charge of Route 9, they have balked at spending the money necessary to widen Route 9. It’s understandable – the costs are prohibitive. And while they are planning to make some welcome improvements to the corridor beginning next spring, those changes won’t be nearly enough to accommodate the sheer number of vehicles that traverse the roadway every day.

We need a better plan. And that plan should include the wealthy philanthropists who give so much of themselves to better other people’s lives. I’m not talking about redistribution of wealth or calling for wealthy people to “pay their fair share.” I’m saying that we need to start a campaign to reel in wealthy people and have them understand the incredible good they would be bestowing on literally every single family in the community if they would come together and pay for the widening of Route 9.

And yes, if they do it, I’ll personally hang up plaques up and down the 9 for them.