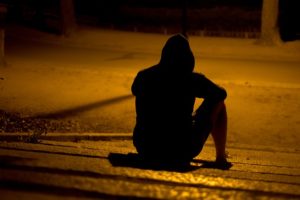 Recent emphasis placed on confronting abuse occurring in our community has produced mixed reactions. Last week, the incredible organization Amudim released an intense video portraying leaders in Jewish communities declining to combat cases of abuse for various reasons, AKA excuses. The video comes at a time when people have gotten a clearer understanding of how serious an issue abuse is, and how an abused child could be affected for the rest of his or her life.

Unfortunately, some people seem to feel that the video crossed the line in making abuse within the Orthodox community a public affair, when abuse should really be dealt with in private and away from public eyes. These people are wrong.

There are hundreds of abuse victims who for literally decades have had to suffer in silence, their world destroyed, with a community unwilling to listen, to feel, to care. We have let dozens of predators continue wrecking the lives of hapless, innocent victims even as credible allegations were leveled against them. This is a terrible stain on us all, and for that we must rectify our ways in an extreme way.

Raising the public awareness of abuse within the Orthodox community is literally step one to fixing what is a bent and broken system in dealing with abuse and those that perpetrate these heinous acts. It is a wonderful thing that a legitimate organization like Amudim has come out so vocally, urging one and all to confront this scourge and remove predators from our midst.

There are those that are concerned that being so public about an issue like abuse puts our community in a bad light. That concern is valid, but not nearly as valid as the right of individuals whose lives have been shattered to be heard. For if we do not remove predators as soon as they become known, we risk letting them abuse yet more victims. That is not something any of us should be willing to live with.

While airing our dirty laundry may be uncomfortable, it is something we must do. Predators are a true danger to our society, far greater a danger than the publicity being given to the issue of abuse. It is time we addressed and dealt with this evil and we are lucky to have a group like Amudim leading the charge.