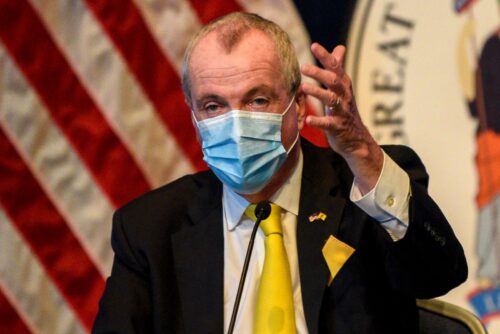 New York governor Andrew Cuomo is in a lot of hot water between allegations of him harassing women for years and his bungling and subsequent coverup of his handling of the Covid-19 pandemic, most notably his decision to send Covid-19 patients into nursing homes, thereby exposing thousands of elderly, high-risk patients to the virus and likely being responsible for their deaths.

The nursing home issue has been getting a lot of attention recently from both local and national media, but for some reason, we are hearing almost none of it with regard to New Jersey, which followed a similar strategy. Governor Phil Murphy in many ways followed Andrew Cuomo in his handling of the Covid-19 outbreak in New Jersey, and also had nursing homes accept patients sick with coronavirus, potentially exposing others.

In an interview with CBS’ Face the Nation where he was asked if he regrets his decision to put sick people into nursing homes, Governor Murphy declined to apologize. In fact, he doubled down, calling it “the right course to take,” and blamed nursing home operators for outbreaks in their homes. Keep in mind, just about everyone is in agreement that Cuomo putting sick patients in nursing homes was a catastrophic error, so why is Governor Murphy getting a free pass?

Republicans in New Jersey are at least trying to get to the bottom of what happened and how Murphy and his administration made their decisions. Republican gubernatorial candidate Jack Ciattarelli has been calling for Governor Murphy to release his communications with Governor Cuomo, but the Murphy administration has ignored his demands. Republicans in the New Jersey Senate have demanded that Murphy release documents related to the decision to send sick patients into nursing homes, but those calls too have been ignored, even after multiple requests. Additionally, Democrats refuse to strip Governor Murphy’s emergency powers, even after Cuomo was stripped of his own due to his mishandling of the pandemic.

Yet, despite the questions and the similarities between New York and New Jersey’s handling of the pandemic, nobody seems to want to talk about New Jersey. Republicans in the New Jersey Senate have had to hold independent hearings of Governor Murphy’s response because Democrats refuse to hold such hearings in the Legislature. Still, you’ll hear nothing but crickets in the media. No attention, no scrutiny, no questioning of why the Murphy administration isn’t releasing the requested info on his handling of the pandemic. Why? Shouldn’t we be wondering what he’s trying to hide?

No politician deserves a free pass. No politician deserves to be treated as automatically right despite the evidence. The media did that for months with Andrew Cuomo until the allegations against him became so evident that they couldn’t ignore it any longer. Why is no attention being given to Murphy’s own handling of the outbreak? Where’s the scrutiny?