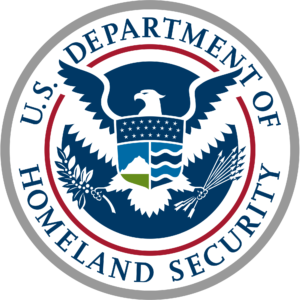 When then President-Elect Joe Biden announced publicly his intention to open our Southern borders, it became clear that there would be a problem. Fast forward, and we now have a severe border crisis which has been manipulated by Bidens hand picked Department of Homeland Security Secretary, Alejandro Mayorkas. Yet nobody seems to really care about the crisis at the border when the major news outlets have pivoted away from the story.

Does anyone ask why all of the major news publications in America seem to be hyper focused on Russia and Ukraine when there is a real crisis much closer to home? Of course not. The liberal media would rather have you flock like sheep to whatever their agenda might be. For now, the agenda seems to be “any news story to distract from the abysmal performance of our President thus far.”

Under Joe Biden, there has been free reign amongst the drug cartels at our Southern border. The human trafficking at the border is also at a tumultuous high level. You want stats? Here you go: There has now been a 213% increase of sexual offenders that have been detained at our Southern border, many of whom are let go and come right into our Country.  There is also six times more fentanyl that has entered our Country, many via our Southern border. Secretary Mayorkas has essentially established a “catch and release” program, similar to what is happening in many Democratic run cities such as New York.

The effects are simply devasting to the people of this Country. How? Just last week Swastikas were drawn near entrances to Union Station, just blocks away from the U.S. Capitol. And while everyone speculated that it was most probably the work of the dangerous “white supremacists” the real perp was Geraldo Pando, a 34-year-old illegal immigrant from Mexico with a 35-page criminal history.

Did U.S. Immigration and Customs Enforcement come get Pando when they learned that an illegal immigrant with felony convictions had been arrested blocks from the Capitol? Nope. The police were forced to release him yet again since no one from ICE even asked that he be detained. Pando is exactly the kind of illegal immigrant that Biden’s lax immigration policies are designed to protect. This is one of many documented crimes of an illegal immigrant since the start of the Biden Presidency.

My grandparents came to this Country as immigrants, but they did so the right and legal way. This great Country was built on immigrants but guess what? It was also built on tough borders.

Many political leaders including Florida Attorney General Ashley Moody have publicly called on Mayorkas to step down as Homeland Secretary. Even his own border agents have publicly accused him of not supporting their efforts to do what they have been trained to do. It is time for Mayorkas to go.