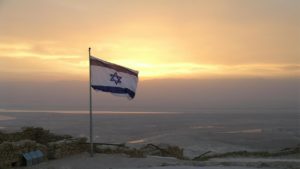 In a story that has captured international attention, the state of Israel announced that they would not grant entry to Ilhan Omar and Rashida Tlaib, two US Congresswomen who have called for the boycotting of Israel and support those that call Israel an apartheid state.

President Trump voiced strong support for Israel for barring the Congresswoman, saying they hate Israel and allowing them in would make the state look weak.

A deal was struck late Thursday evening to allow Tlaib to visit the country so she can see her grandmother, who resides in the West Bank. The conditions for her visit were that she would not be allowed to conduct anti-Israel activities while in the country. But on Friday morning, Tlaib tweeted that she would not “bow down” to Israel’s “oppressive and racist” policies, apparently cancelling her trip there.

This back and forth will likely stay in the news for a while. Many politicians and pundits have been critical of Israel for its decision and President Trump for supporting it. And therein lies the genius of Trump’s decision to applaud it.

Ilhan Omar and Rashida Tlaib are proud members of the so-called “squad” – four Congresswoman, Omar, Tlaib, Ayanna Pressley and Alexandria Ocasio-Cortez, who are the faces of the progressive wing of the Democratic party and whose policies are only popular with a small segment of the American population. What President Trump has done masterfully so far is put a spotlight on them and their policies, showing the average American how disconnected these women are with the electorate.

Highlighting the ongoing issue of the Congresswomen being allowed into Israel further pushes them and their anti-American policies into the spotlight. President Trump knows this and knows that Americans find their stances on multiple issues abhorrent. So every time the “squad” gets media attention, more voters turn to Trump, even if they don’t fully agree with his policies, for someone who at the very least is making mostly logical decisions.

The Democrats are running their presidential campaigns with the idea of selling themselves to American voters as the more stable candidate, one who will bring honor and dignity back to the Oval Office. Polls show that, for the most part, that strategy is working so far. Trump trails every major challenger by almost 10 percentage points in national polls. What Trump’s strategy might be is instead of focusing on his challenger for president, to place a focus on “the squad” who show openly how radical they are and the Democratic party is becoming.

Whether Trump’s actions are purposeful or not, constantly showing the far-left tilt of the modern Democratic party is a brilliant tactical strategy that just might earn him a second term in office.