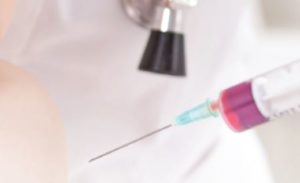 Dr. Rich Roberts, one of Lakewood’s premier askanim, recently compiled a 24-page brochure containing letters from gedolim calling for people to vaccinate. Dr. Roberts made a staggering 192,000 copies of his brochure, with the intent of disseminating them to the masses, to educate those who have distorted versions of what gedolei Yisroel have been urging for years. Dr. Roberts is to be commended for his selfless action which cost thousands of dollars, done for the sole reason of making a positive difference in the Jewish community.

But there is something that every parent can do to help mitigate the crisis of unvaccinated children causing a comeback of various illnesses which were considered extinct just a few years ago. I believe that parents should urge the directors of the summer camps that their children will attend to bar any unvaccinated child from attending. Yes, this may be difficult for the child, but the blame lies at the feet of his or her parents.

It has been shown in literally dozens of studies that vaccines are safe. Those that continue to espouse pseudoscientific claims of it’s significant danger to children are living in an alternate reality, as has been proven over and over again. Unfortunately, anti-vaxxers are living in a cult-like environment, receiving and relying upon encouragement from one another to continue propagating their ridiculous beliefs.

As such, the only way to get through to anti-vaxxers is by making it impossible for them to ignore the consequences of their actions. This can be done in various ways, including not allowing their unvaccinated children into schools. The problem with that is that regardless of the parents beliefs, every child is deserving of an education, making the decision to bar them from attending school a thorny and difficult ethical dilemma. Summer camps do not pose such ethical issues.

In New York, where many of the more than 900 confirmed cases of measles were reported from, many camps are requiring parents to show proof that their child had received vaccination against the measles. They are right to do that. A parent’s right not to vaccinate their child is subordinate to our right to protect thousands of children attending summer camp. Lakewood camps should follow in their steps.

The directors of camps should make it clear to every parent that an unvaccinated child is persona non grata at their camp and may not attend their daily activities or partake in any camp trips. It’s rough, it’s harsh – I know. But I believe it would help make significant headway in the battle to stamp out the measles and other previously beaten illnesses yet again.