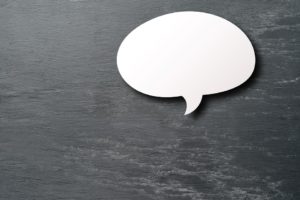 The past few weeks have been worrying ones for Jewish communities across the United States, and especially those in the New York metropolitan area. There have been violent anti-Semitic attacks every day on Chanukah, including the Monsey stabbing attack, and before that was the Jersey City shooting, where a Jewish store was targeted in a shooting attack. These incidents have understandably sown much fear and concern within our communities, and, besides increasing security, people are struggling to determine how to respond.

I am not an authority to tell anyone how they should respond, but I can repeat what I have heard in numerous speeches from gedolim. We know that we are in golus, but knowing is not enough. We have become so accustomed to living in a medina shel chesed – a country that has provided us with more opportunity and security than any other since the Bais Hamikdash was destroyed – that we often lose sight of the fact that we are in exile. How many times do we think of what matters in the grander scheme of things, how the Shechinah is no longer where it wants to be? Instead of focusing on the bigger picture, our perspective has become so muddled that it is barely given a thought. The gedolim have said countless times that when we forget that we are in a golus we are sent a reminder. And this is undoubtedly a driving force behind these terrible attacks.

A friend once told me that he asked one of the leading gedolim of our time how he can daven for Moshiach when he is so comfortable and doesn’t know if he actually wants the geulah. He was told to instead daven to want Moshiach – that HKB”H should put in his heart a desire for the geulah to come, regardless of whether he, at this time, consciously feels that he wants it.

Perhaps this is something that we can all implement in our own lives. We have become comfortable in golus, and mostly content with how things are going. But it shouldn’t be that way. We should be yearning for more; we should be wanting the Shechinah to be returned to its home. And if it is just too difficult to get to the point where we deeply desire it, then the least we can all do is daven that Hashem gives us that desire. In this merit, the terrifying happenings of the past few weeks will hopefully become a thing of the past.