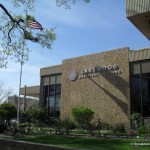 By: Aaron Joseph. Its Time. Face it. Lakewood has grown by leaps and bounds. We are now the 7th biggest city in all of New Jersey. Believe it or not. Not only don’t most of us know all the names in the neighborhood or Shul Minyan anymore, many can’t even recall the time Lakewooders did personally know- not only the neighborhood- but everyone in the Lakewood directory- or its predecessor- the ‘Yeshiva List’.

As any community grows, changes are adapted to accommodate that growth. As we have seen in the zealous zoning arena, to the ire of some and immense satisfaction of others; laws and rules change accordingly so as to allow for uninhibited modification; all to accommodate the demands of growth. Telling as well, is the road alteration and traffic flow adjustments so as to ease the absorption of the multitudes migrating to this once humble town of ours.

One area that has for far too long been neglected is our representation in local government. And now with the election season upon us, it is high time that this ever pressing need be addressed- as soon as possible. The nature of this article is simply to raise awareness and generate conversation and perhaps debate of how this limited representation by so few- for so many- must be amended accordingly and adjusted- much the same as the zoning laws have been. Beyond recognition is just the title.

Historians note that the only area of concern that our first president had while sitting in meetings while drafting the United States Constitution was- and mind you, he was the chairman of that Constitutional Convention, -his only input was in support of lowering the size of congressional districts from 40,000 citizens, to 30,000. Fair representation was the only input he shared throughout the entire convention. Mind you he was extremely popular- no one even challenged his reelection is 1792- and could have certainly interjected something more- say like National Health or a Jobs Bill. Yet George Washington understood, and knew good and well for his times perhaps through his having led troops in battle for many years, just how many could possibly be fairly represented by a single delegate in a Federal government. And only for that was what he chose to place his full influential weight in the framework of our national government.

Abraham Lincoln understood this so well as well, when he proclaimed in summarization ‘government of the people, by the people, for the people’.

Lakewood has long ago outgrown the puny government format of “township committee of 5.” This format that represents tiny hamlets of rural Maine or outlying villages in Northern New Hampshire, have just a few hundred at the most being represented with such a form of government. With a burgeoning population of just under 100,000 souls, and an ever increasing pace of migration, as reflected in the ever increasing development, a small distinguished group of 5 simply does not serve anybody well anymore. It once did, perhaps, but no longer.

What I propose, and simply for reflection purposes at this point, is a city- that’s right citywide Lakewood referendum on the type of government that should succeed the committee style that we have had up until now. Toms River, which ranks now directly behind Lakewood in population size, have a mayor-city counsel with 7 members. Mind you, the mayor is directly elected by the people- and hence answerable to them. In fact the top 10 biggest cities in New Jersey all share this kind of government format, legally known as the “Faulkner Act” kind of government.

Over the years the New Jersey State Government has sanctioned 5 local government types, or 11 forms of government. The very popular Faulkner Act variation of local government consists of a government which provides for election of a mayor and five, seven, or nine council members. All council members may be elected at large, or some may be elected by wards; they may be partisan or nonpartisan, and serve four-year concurrent or staggered terms. The style of any format of local government sanctioned by the state is not absolute, and is amendable through an act of the New Jersey State Legislature. In other words, Lakewood can also vote for its own unique style of government.

Even our neighboring township of Brick has a direct elect mayor with a 7 member council. Mind you, Brick is the 13th largest town in New Jersey, with only around 75,000 residents.

Yet with an eye on the very obvious vigorous growth Lakewood has underwent and seemingly is determined to undergo, a resolution should be taken up at once to implement a local government type with an eye on the future. I’m not saying we need a larger governing body than the 9 council members and 1 mayor of Newark (the still yet largest city in New Jersey (though I wonder for how much longer!) with 277,000 living there, or the second largest city, Jersey City, with a similar style government as that of Newark. But why not on par with them? After all, we are beginning to look like a big city just like them. I’d like to point out finally, that even Woodbridge, the city directly bigger then Lakewood, had a direct elect mayor with a 9 member city council.

All in all, I think we can certainly all agree, that it is high time that Lakewood shed its infancy style of ‘know the community by name’ government, and toe up to the proper standards that the Democratic Fathers’ envisioned for proper representation.

As for the proper forum to allow such initiative to ferment into real action, it won’t take too much. Simply put, one of our known or still yet unknown entrepreneur political activists seeking to fill one of the near future Lakewood City Council Seats will take up this call, take up this important mantle, and make a name for himself by so doing. It is not a difficult thing to seek a township referendum- certainly one that every single voter would appreciate and advocate for.

One personal recommendation I would make would be to perhaps seek to institute 11 or maybe even 15 seats on the Lakewood City Council. As Lakewood is by far the most diverse city in New Jersey, if not the United States, and surely will require every voice to be heard.

My blessings to all who heed this call and my best wish for success, you surely have my vote.