One Killed, Another Critical In Parkway Accident – Lakewood Hatzolah Members Among First Responders 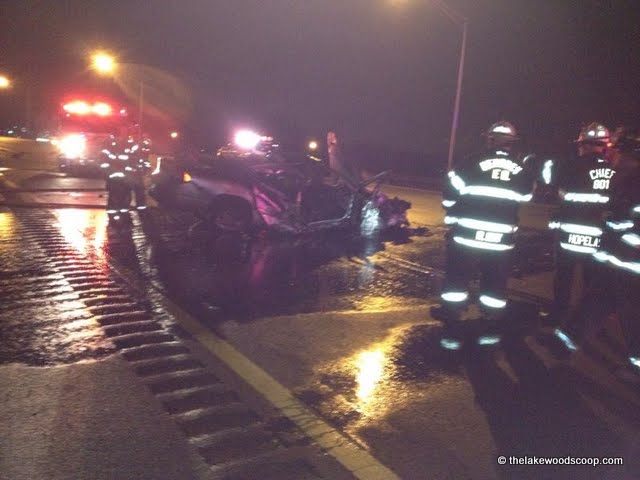 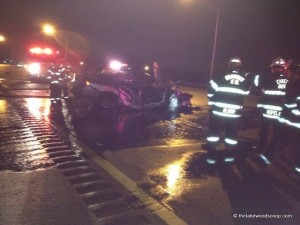 PHOTO: One man was killed and another was critically injured in crash on the Garden State Parkway early this morning. The incident occurred about 1:15 AM at mile marker 128, when the car they were driving in flipped over the guardrail, landing in the opposite lanes, and burst into flames. The driver and the passenger were both ejected from the vehicle.

Several Lakewood Hatzolah members driving together in the area, came across the accident and rushed to aid the victims.

Firefighters from local towns responded to the scene as well.

One man was pronounced dead at the scene, and the second man was transported to the Hospital in critical condition.

Traffic was diverted from the area for several hours.