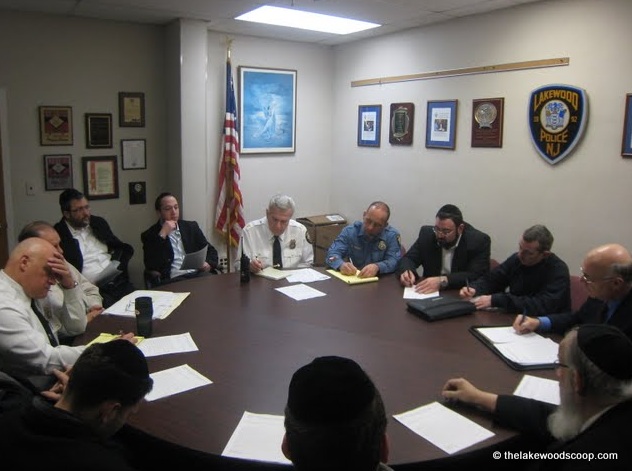 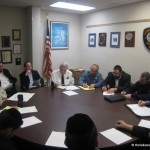 OEM officials gathered at the Township yesterday to discuss and implement new ideas ahead of Winter 2012. The meeting, called by Committeeman Meir Lichtenstien and attended by multiple emergency and non-emergency agencies, discussed how to efficiently handle the snow in the event of a major snow storm, in conjunction with the multiple agencies in the Township.

One of the topics discussed, was the idea Committeeman Lichtenstien proposed during the last Township Committee meeting, which was to allow outside vendors to utilize Township snow-removal vehicle in an effort to assist the DPW with the cleanup. (See full story here).

Also discussed, was the idea of having a designated snow plow for emergency vehicles in the event that a first responder gets stuck in the snow during a call.

LCSW and Chaveirim, who the Police Department relied on heavily during last year’s monster storm, were once again asked by the OEM to be on standby for this coming Winter.

Lichtenstien also suggested that the Township offer residents to receive alerts through SMS or the sort, to keep them updated about emergencies during storms.

“Getting hit with snow-storms such as we had last year, presents a real challenge”, says Committeeman Lichtenstien. “We must continue to marshal all resources to ensure the safest and most convenient environment for our citizens”.

In attendance at the meeting, were representatives from the following agencies and departments: The Mayor’s office, Township Manager, DPW, Inspection Department, LPD, LFD, EMS, LFA, Hatzolah, Chaveirim and LCSW. TLS.