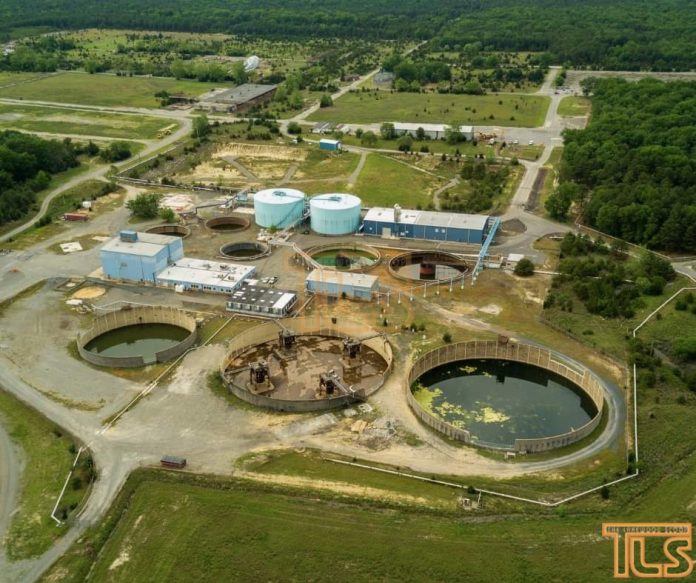 Toms River Township and Save Barnegat Bay have garnered the support of the Ocean County Board of Commissioners in their efforts to acquire more information and to make extensive modifications to a state announced settlement regarding the former Ciba-Geigy Corp. site off Route 37, here.

“We strongly support these efforts so the New Jersey Department of Environmental Protection works transparently with Toms River Township officials and Save Barnegat Bay when it comes to any settlement concerning BASF Corporation, which is now the parent company of Ciba-Geigy Corp.,” said the Director of the Ocean County Board of Commissioners Joseph H. Vicari. “This settlement needs to take into consideration the environmental, economic and public health damage that was done over the years by Ciba-Geigy Corp.

“The settlement, as it now stands, does not go far enough according to Toms River Township and Save Barnegat Bay,” Vicari said.

The Toms River Township Mayor and Council, in a strongly worded resolution to Gov. Murphy, DEP Commissioner Shawn M. LaTourette, area State Legislators and others, noted that the proposed settlement does not go far enough to hold BASF financially accountable for the still unhealed injuries their operations inflicted on the local environment, economy and public health.

The Board of Commissioners approved its resolution supporting the efforts of Toms River Township and Save Barnegat Bay during its Jan. 18 board meeting. The resolution will be sent to state and local officials.

“This is an extremely important issue to our community,” said Britta Forsberg, Executive Director of Save Barnegat Bay. “No public participation hearings were hosted as part of these settlement discussions, and little-to-no scientific data was released to substantiate the safety of these plans. How could the public submit their informed input on the record without adequate time and information?”

“We want a transparent record and full engagement of the community,” she said.

In addition, she called for the state Department of Environmental Protection to extend the public comment period from 30 days to 60 days, through March 6.

“We need the DEP to answer questions during a local public comment period,” she said. “This affects the entire County.”

The now defunct Ciba-Geigy Corp., known earlier as Toms River Chemical, whose parent company is now BASF, was responsible for the discharge of hazardous substances into the environment over the course of about five decades during the manufacture of dyes, pigments, resins, epoxy additives, and other operations at the approximately 1,255 acre site off Route 37 in Toms River Township. According to the U.S. Environmental Protection Agency, the site was placed on the Superfund National Priorities List in 1983.

Toms River Township is calling for a remaining 250 acres of the site or a significant portion of it, to be deeded to the Township for perpetual preservation, so long as BASF remains responsible for the cost of ongoing remediation. In addition, the township wants the creation of a fund to be paid by BASF and administered by a trustee appointed by the Township to compensate victims of the cancer cluster, and also is requiring an exhibit at the proposed environmental center on the property that would comprehensively document the damage the pollution caused to the environment, the health of residents, and the negative impact on the community. The center would be created and maintained by a committee of academics, environmentalists and residents and generously funded by BASF.

Ocean County is calling for the creation of a depository at the Ocean County Library, along with digital access through the NJDEP containing all documentation related to the condition of the Ciba-Geigy site, along with all permits concerning discharges, reports of all work completed on the landfills and all monitoring information for the Toms River, its tributaries and adjacent wetlands prior to the requested public information hearing.

In addition, the County wants published all monitoring information concerning the status of the Toms River, its surface waters, sediments, and adjacent wetlands from the border of Manchester Township to Barnegat Bay and the Atlantic Ocean and continue to monitor.

“We support the efforts of Save Barnegat Bay and Toms River Township,” Vicari said. “This settlement needs to be modified to allow for greater benefits for all those directly impacted.”