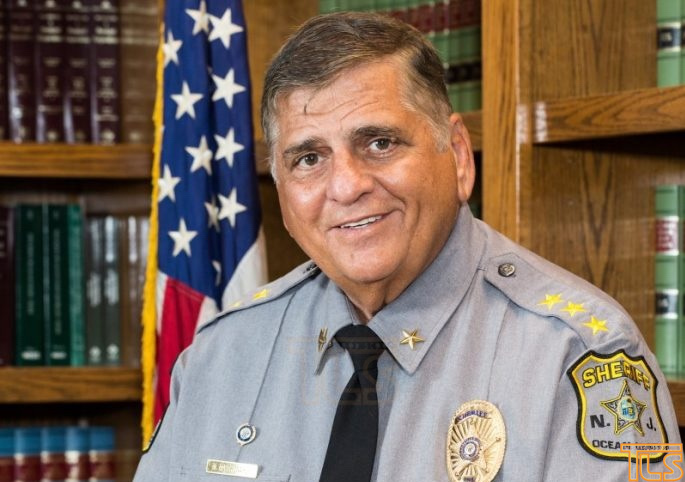 Ocean County Sheriff Michael G. Mastronardy will serve as the President of the Constitutional Officers Association of New Jersey (COANJ) for 2022 – 2023.

“I am honored to have been selected by my peers for this position,” Mastronardy said. “I look forward to serving the Association as its president for this one year term.”

The Sheriffs, County Clerks, Registers and Surrogates of New Jersey recently held its conference in Atlantic City, at which time Mastronardy and other elected officials were formally installed as officers of COANJ.

“Sheriff Mastronardy works tirelessly for the residents of Ocean County,” said Ocean County Commissioner Gary Quinn, liaison to the Ocean County Sheriff’s Office. “As Sheriff, he has implemented many new programs and services to our citizens. He works with his officers and staff to make certain Ocean County is a safe place to live and visit.”

Director of the Ocean County Board of Commissioners John P. Kelly noted that Sheriff Mastronardy works to strengthen the role of the constitutional officers throughout the state.

“Our constitutional officers play a significant role in making certain our residents receive the best possible services in many critical areas of their lives,” Kelly said. “COANJ will be well served by Sheriff Mastronardy’s leadership.”

COANJ was established in 1920 as a cooperative effort among the Sheriffs, County Clerks, Surrogates, and Registers of Deeds and Mortgages of the 21 counties of New Jersey to improve services rendered to their respective communities. Association officers are nominated by a bipartisan committee of constitutional officers and then elected and installed annually.

Mastronardy said COANJ is a vital bipartisan organization that works with State Legislators and other elected officials to ensure that legislation affecting counties has a positive impact on the residents represented in each County.

“It is important that our organization continues to provide a network that allows our members to grow and adapt to the many changes that are occurring in our State,” Mastronardy said. “Our organization must continue to work with government officials to ensure that our respective offices have a voice in matters that affect the people we serve.

“We are blessed to have the opportunity to shape the future of our offices and most importantly provide caring professional services to our constituents for years to come,” he said.